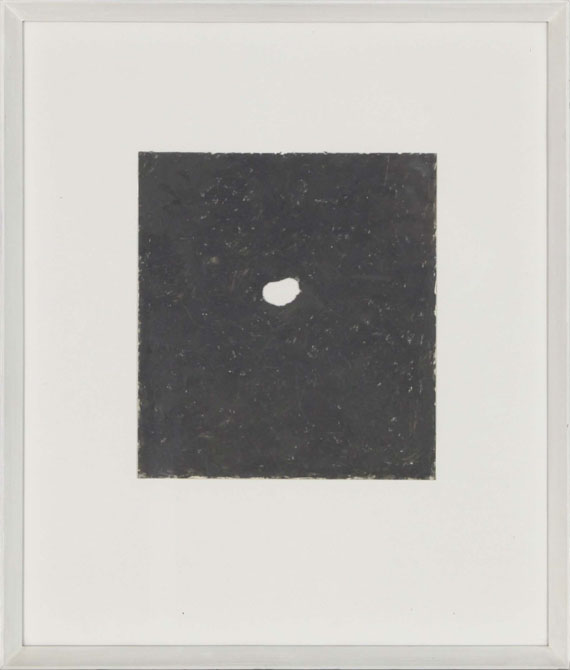 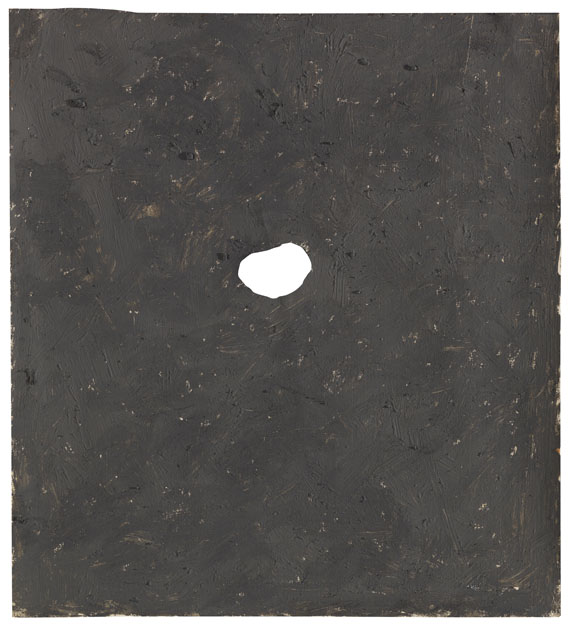 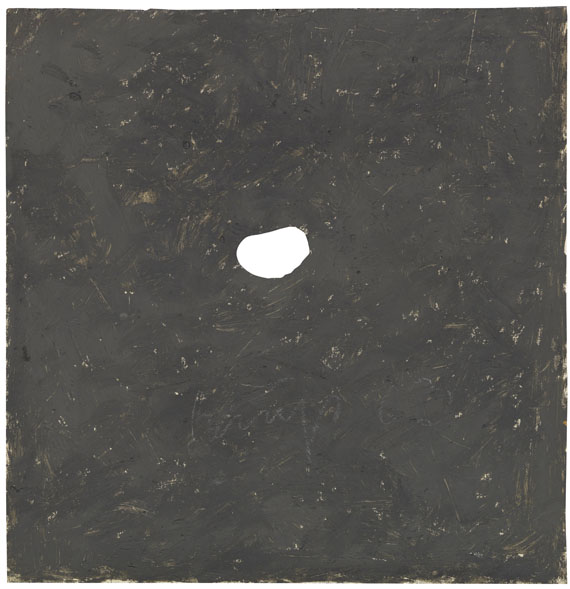 Beuys took up the theme of paper coated with oil paint and with a hole in the middle on several occasions. The significant group of drawings “The secret block for a secret person in Ireland” (Marx Collection, Berlin) comprises several formally different sheets. First published under the title “Loch” in 1961 and later also as “2 Schafsköpfe (Loch)” in 1975 and in 1976 as an edition named “Painting Version 1-90” (Schellmann 186 and 187). Joseph Beuys experimented with oil paints from early on, among them we find several works with similarly dense, dark colors.

The hole, the opening, is the decisive idea that Beuys also realized in 1981 in form of a wall breakthrough at Kunsthalle Düsseldorf. By forcing a painted or brick-built surface open, the underlying reality connects with a work of art or an exhibition space, both of which merely reflect on reality. Or as Beuys said about the hole: "[.] a deep and far-reaching dimension, a cavity [.]" (quote from: ex. cat. Joseph Beuys, The secret block for a secret person in Ireland, Martin-Gropius-Bau, Berlin, 1988, p. 18). Beuys called a drawing from 1961 with a hole in its middle and also part of “The secret block .” “Kamera” - in reference to the first pinhole camera, the Camera obscura. (ibidem, no. 335). [Eugen Blume]
More Information
+
Sell
Get a free appraisal for a similar object!
+
Register for
Joseph Beuys
+
Buying from A-Z
+
Contact a specialist
+
Joseph Beuys Biography
Share