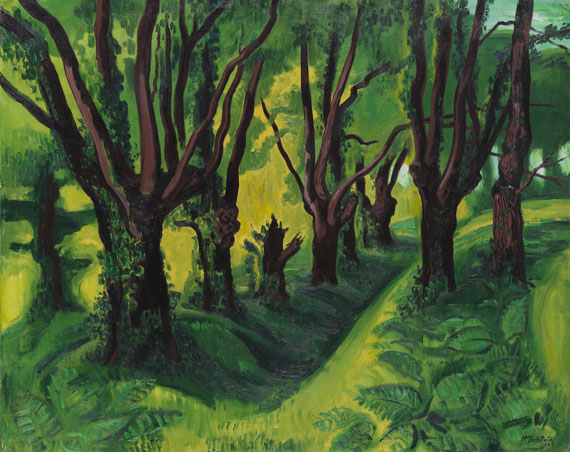 • Pechstein's forest is untouched, full of life and luminosity and has an almost lyrical character.
• The painting shows the return to originality, which Pechstein already advocated in his South Seas pictures.
• Part of a group of works (1931-1938) based on Pechstein's stay in southern France, particularly in the Pyrenees and the town of Hendaye.
• The painting was on loan at the Städtische Museen, Zwickau.

PROVENANCE: From the artist's estate.
Private collection Germany (since 1985).

"In spring of 1931 a dream came true and I went to Southern France to paint. At first in the 'Pyrenées Basques', than I went over Marseille to the 'Pyrenées-Orientales', to a small fishing village named 'Collioure', where I would find a superb place to work."
Quote from: Max Pechstein, Erinnerungen, Stuttgart 1993, p. 122. 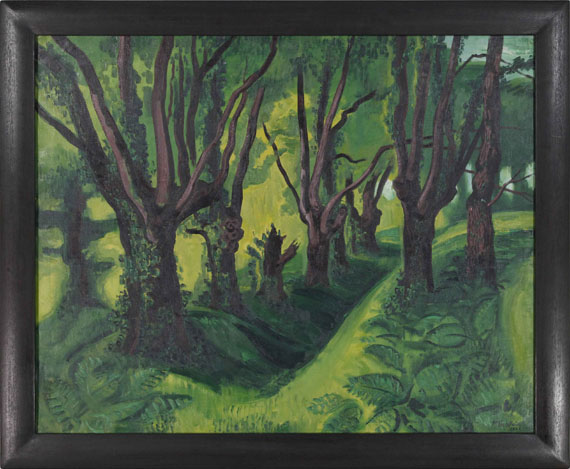