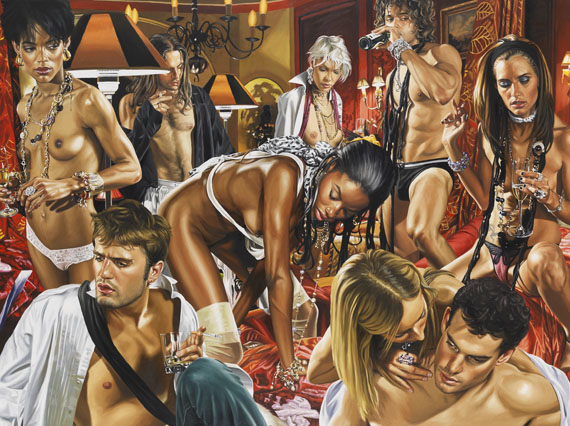 LITERATURE: Eva Karcher, Dimensions of Ambiguity, Amsterdam 2009.
"The drive to connect, the drive to relate, the drive for sex, the drive to appear wonderful, to be accepted, these are all confused with each other and seemingly in our DNA. And so has it changed? Not really."
Terry Rodgers, 2018, in an interview with Elena Martinique.

+Share link
You might also be interested in
+
and all other offers
Buyer's premium, taxation and resale right apportionment for Terry Rodgers "The Variable Frequencies of Restraint"
This lot can be purchased subject to differential or regular taxation.

Resale right apportionment:
In accordance with §26 of German Copyright Act, a droit de suite charge of 2.4% including VAT is levied for original artworks and photographs for the compensation of the statutory right of resale.
Terry Rodgers - lots sold by Ketterer Kunst
+
all