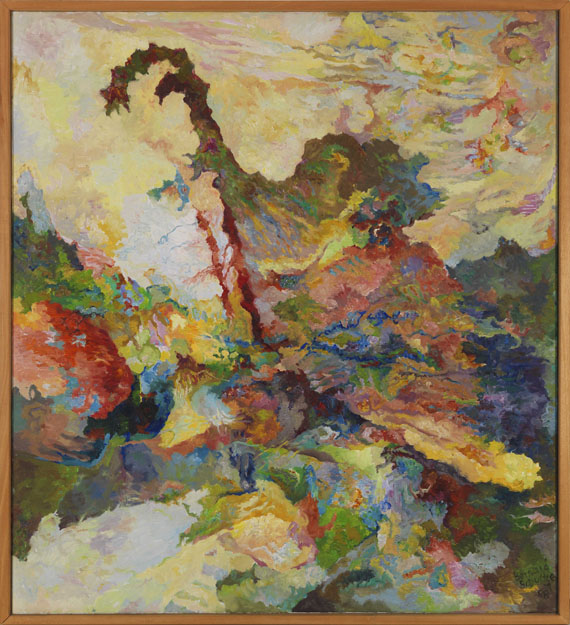 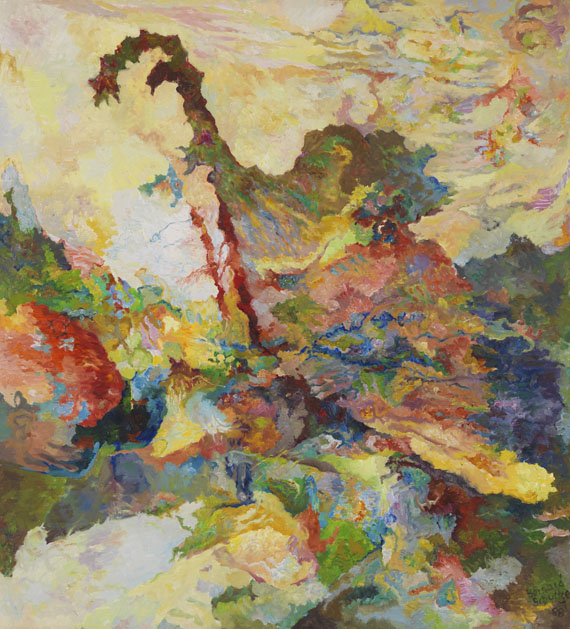 • Offered on the international auction market for the first time.
• Schultze references both Thomas Mann's 1924 novel "Der Zauberberg", as well as its two protagonists Castorp and Peeperkorn who fight against high fever.
• The artist is one of the most famous representatives of German Informalism.
• He participated in the documenta in Kassel in 1959, 1964 and 1977.
• Schultze's works are in possession of , among others, the Tate Gallery, London, the Folkwang Museums, Essen, and the Museum Ludwig, Cologne.