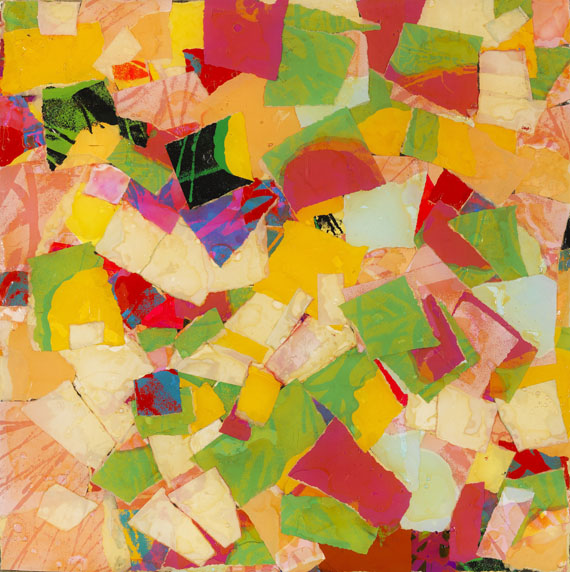 "..He appropriates a whole series of Warhol's flowers with perfect cynicism and turns them into a series he calls 'Colères accumulatives' in a wonderfully provocative way. Arman has seldom reached such a high intensity as in this mixture of aestheticism and aggression . "
Bernard Borgeaud, Paris, in: arts magazine, November 1970, vol. 45, no. 2, p. 46.