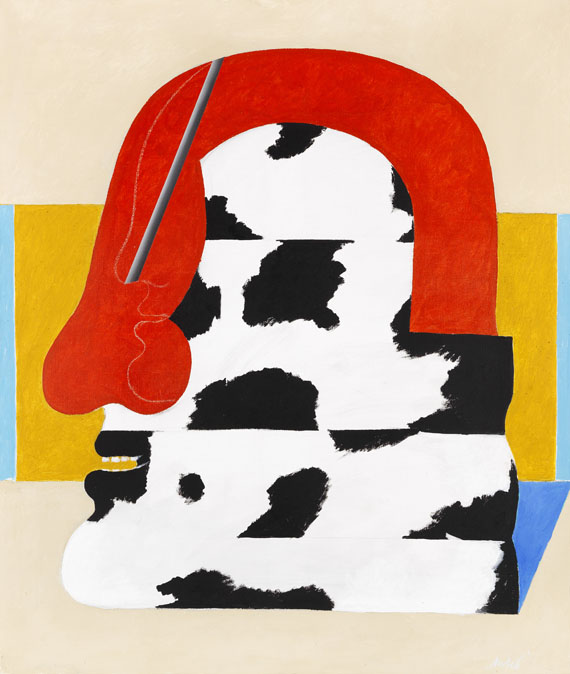 • Horst Antes' "Köpfe" (Heads) and "Kopffüßler" (cephalopods) were at the center of his creation for two decades, they are considered to be the artist's most sought-after motifs.
• In 1966 these works were shown at, among others, the XXXIII. Venice Biennial.
• In 1968, the year the work was made, the artist participated in documenta 4 in Kassel.
• Particularly appealing colors due to the usage of strong, saturated colors and monochrome patterns, a rare combination in his oeuvre.
• Comparable works from the same year of creation can be found at, among others, the Sprengel Museum, Hanover, the Neue Nationalgalerie in Berlin and the Franz Marc Museum, Kochel am See.

Essay
For his very own unmistakable figurative imagery Horst Antes is considered one of the most outstanding artists of the German post-war period. The work offered here was created during the heyday of his artistic creation, which covers a period of several decades. In 1964, 1968 and 1977 Antes took part in documenta 3, 4 and 6 in Kassel. In 1971 the artist can already look back on impressive, international exhibition participations, at, among others, Galerie Beyeler, Basel, the Kunsthalle Bern and the National Museum of Modern Art in Tokyo. In the same year Antes also participated in two large exhibitions at the Haus der Kunst in Munich. Today his works are part of renowned collections, including the Städel Museum, Frankfurt a. M., the Sprengel Museum, Hanover, the Museum Ludwig, Cologne, and the Neue Pinakothek, Munich. In 2013 the Martin-Gropius-Bau in Berlin dedicated a large-scale retrospective show to the artist. Around 1960 Horst Antes' painterly work finally broke away from the abstract art form of Informalism. During these years he found his own imagery, dominated by his "Head Footer" figures, which have a both modern and archaic appeal with their oversized heads and feet, which, shown in profile and in varying forms of appearance began to inhabit his paintings. From the consistent reduction of the "Head Footer" Antes then developed the "Heads" a little later. Our work offered here, which was created in 1968 is part of this complex and is an impressive document of this distinct artistic self-discovery in these years. For two decades these fictional characters remained the main actors in the artist's very individual motif world. With their high recognition value they shaped the characteristic appearance of his work. In the combination of clear geometric forms and a thoroughly painterly execution, Antes attained a figuration that - similar to ancient cave paintings – emanates a timeless and lasting appeal. His archetypal figures, their over-sized heads clearly alluding to man’s mental faculties, not only speak to contemporary viewers, but also exert a fascinating appeal through their open-mindedness, their universal imagery and the strong visual focus on man.In his painterly work, Antes portrays the "Head" in ever changing forms, at times he renders it in a playful way, at times restrained in subdued, almost monochrome colors, using a wide variety of props - a crescent moon, animals or tubes, at times he adds an eye, puts it on two wheels, places it in fragmented interiors or landscapes or, in contrast to the otherwise so strict design, covers it with freely placed patterns. The artist also tries to vary the painterly effect of the individual heads by adding unusual material components such as sawdust, as in the work offered here, creating a haptically attractive, sandy, almost grainy surface. This way no two "heads" are ultimately the same. Horst Antes completed the work offered here in 1968, the same year it was presented to the public at Galerie Otto Stangl Gallery in Munich. However, it was not completed until 1971, after the artist had revised it and adapted to his new and different ideas and artistic ideals. This explains why the work is inscribed with a second date on the reverse. [CH]
More Information
+
Sell
Would you like to sell a similar object?
+
Register for
Horst Antes
+
Preview & Auction Procedure
+
Bidding Options
+
Written bid
+
Buying from A-Z
+
Catalogue Order
+
Contact a specialist
+
Horst Antes Biography
Share 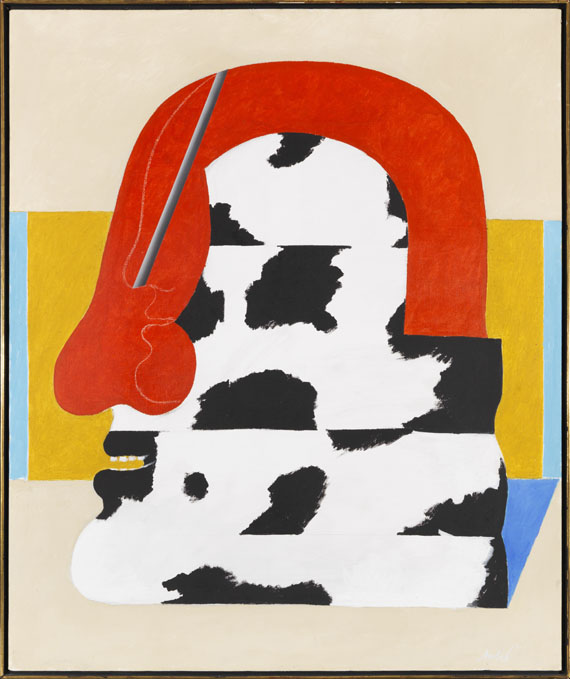 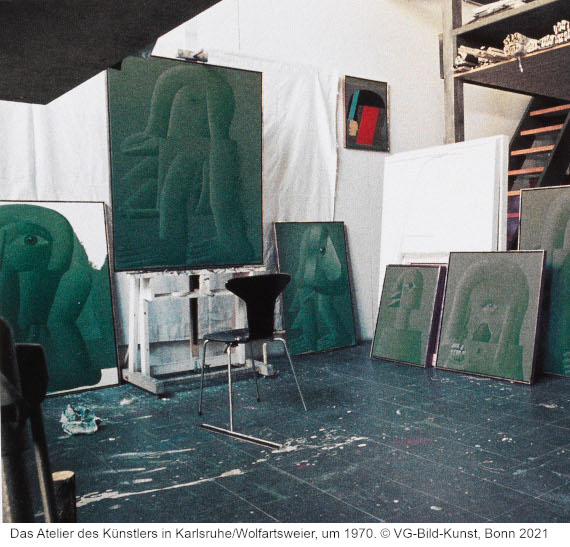