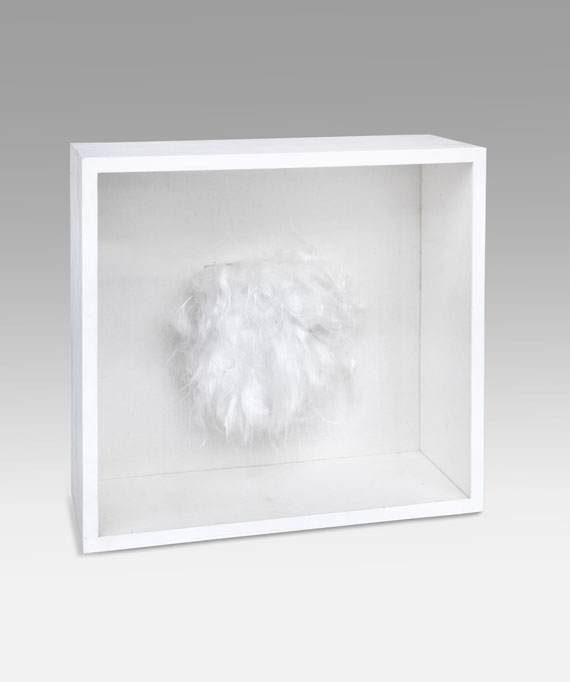 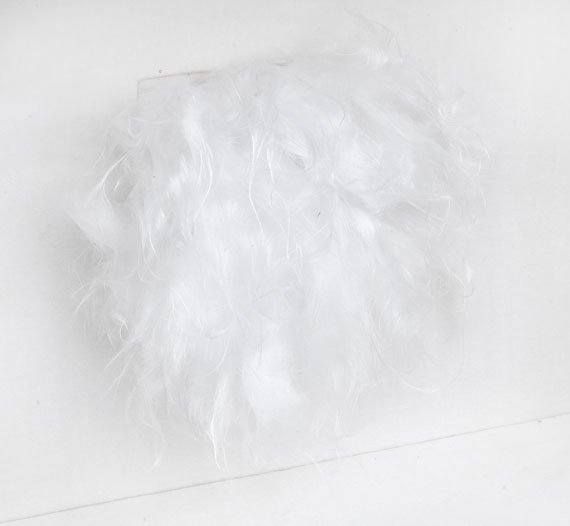 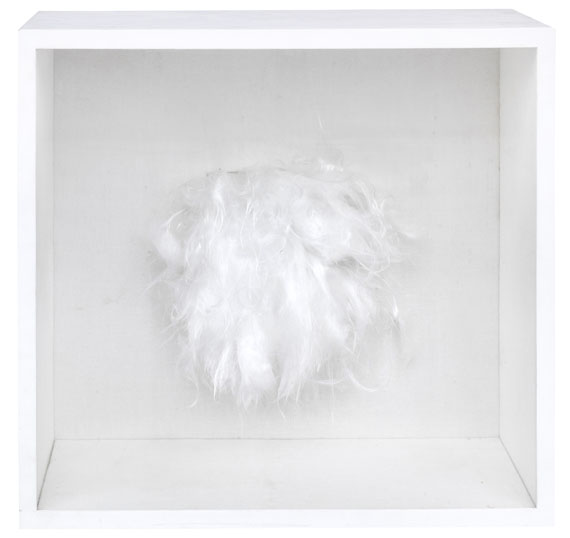 • From the small oeuvre of the early deceased artist.
• Characteristic work that testifies to Manzoni's radical exclusion of color in his art.
• A comparable nylon fabric "Achrome" from 1962 is in the Museum of Modern Art, New York.

Accompanied by an expertise dissued by the Archivio Piero Manzoni, Milan, in 2015. The work is registered with the number 1375A/15.

This work is a fascinating example of the famous "Achrome" series and illuminates Piero Manzoni's radical artistic contribution to post-war art. Piero Manzoni began his "Achromes" around 1957/58, monochrome works of art freed from color and which he continued to develop until his early death. His goal was to create a completely white surface that in no way indicates any painterly phenomenon or element that is outside the surface‘s nature. He processes wet plaster and kaolin on white canvases, so that the drying process creates waves, creases and irregularities without the artist's influence. For his pioneering exploration of the monochrome surface made of pure white, he used a variety of unconventional media to create the highly structured surfaces: synthetic fiber, kaolin, straw, styrofoam, bed rolls, rabbit fur, gravel and even human excrement, to name just a few. At a time when Abstract Expressionism and Informalism were predominant, Manzoni tried to detach the painted surface from the artist's hand and instead sought to develop a visual language that spoke to the zeitgeist of the post-war generation and redefined the rules of artistic expression. Together with Lucio Fontana and Alberto Burri, Manzoni tried to liberate himself from the conventions of the past: "I cannot understand those painters who claim to be interested in modern problems but who still stand in front of the canvas as if it were an area that has to be filled with colors and shapes, according to a more or less praiseworthy taste, more or less in harmony", complains Manzoni," As soon as they have drawn or provided a sign, they step back and look at what they have just done, tilting their head to one side and gently closing an eye, just to jump forth again, to add another character, another color from their palette, and continue these gymnastics until they have filled the canvas with a painting: The painting has been completed: a surface offering infinite possibilities has been reduced to a kind of recipient into which unnatural colors and artificial meanings have been pressed and compressed. And why shouldn't we empty this vessel? Why not free this surface? Why not try to discover the infinite meaning of total space, pure and absolute light? Suggestions, expressions and representations are no longer a problem these days, regardless of whether it is a matter of representing an object, a fact, an idea, a dynamic phenomenon or not"(P. Manzoni, quoted from: G. Celant, In the Territory of Piero Manzoni, in: G. Celant (ed.), Piero Manzoni, ex. cat. Naples, 2007, p. 30) Manzoni encourages the observer to concentrate on physical matter when interpreting his works. In this work, which is part of a series that Manzoni created from white glass wool, the artist modeled the surface of the work into hair-like tufts and curls. The work lives solely on the presence of the raw material, as self-determined pure significance, that emphasizes the "a-chromatic" importance of the work. In 1959, Manzoni founded the Galleria Azimut together with Enrico Castellani in Milan, together they published the magazine of the same name. He became an important international "ZERO" member and acted as a kind of diplomat for the "ZERO" artists, moving about Central and Northern Europe and ignoring the art capital Paris. Manzoni is involved in "ZERO 3" and showed works in the "ZERO" exhibition at Galerie Schmela in Düsseldorf. Just like Manzoni, the German "ZERO" artists were also looking for new radical forms of expression. Their work is very different, but what they had in common was an approach to overcome Tachism. "ZERO" challenged the static approach of traditional art that was trapped in canvas and frame. The artists expanded the concept of art, experimented with unorthodox materials and quickly developed into the largest international artist movement of the post-war period. [SM]
More Information
+
Sell
Get a free appraisal for a similar object!
+
Register for
Piero Manzoni
+
Bidding Options
+
Written bid
+
Buying from A-Z
+
Contact a specialist
+
Piero Manzoni Biography
Share

+Share link
You might also be interested in
+
and all other offers
Buyer's premium, taxation and resale right apportionment for Piero Manzoni "Achrome"
This lot can only be purchased subject to regular taxation.

Resale right apportionment:
In accordance with §26 of German Copyright Act, a droit de suite charge of 2% plus statutory sales tax is levied for original artworks and photographs for the compensation of the statutory right of resale.
Piero Manzoni - lots sold by Ketterer Kunst
+
all