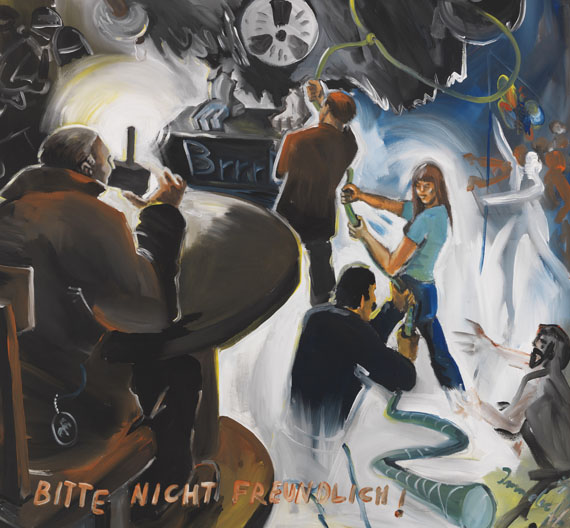 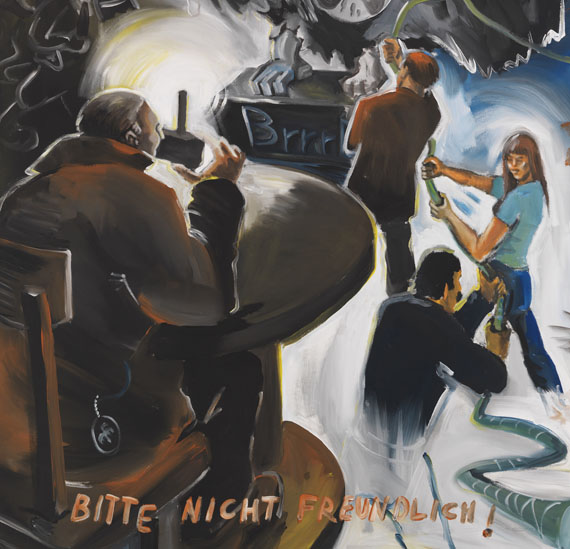 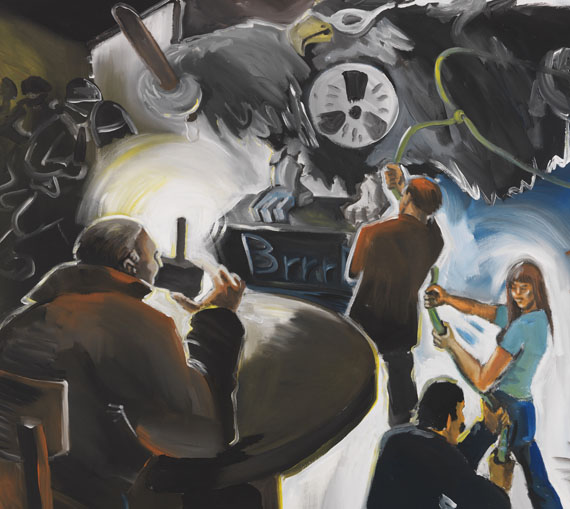 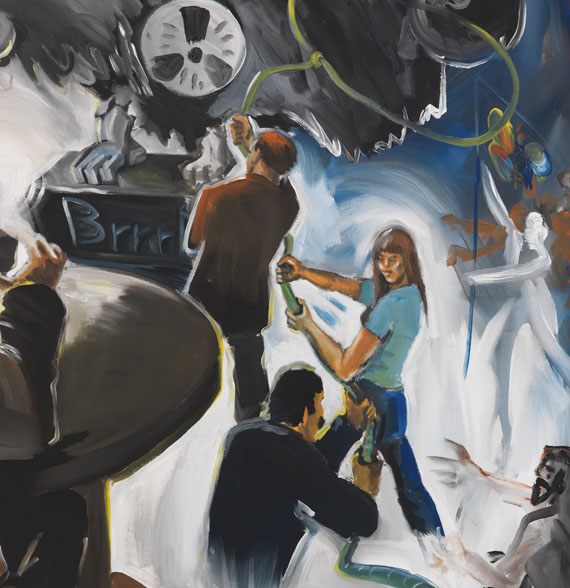 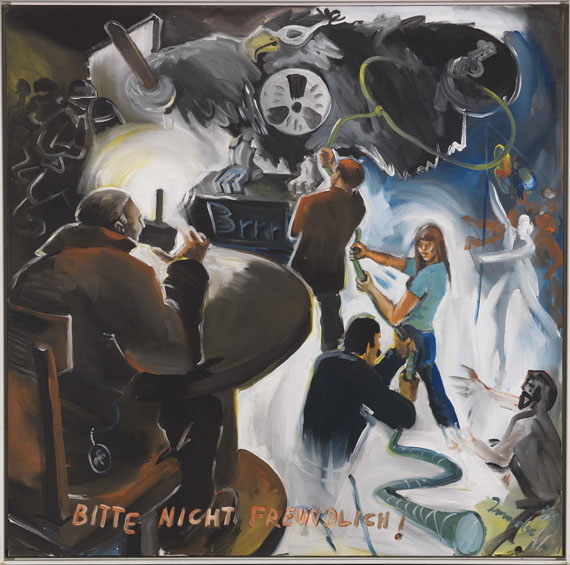 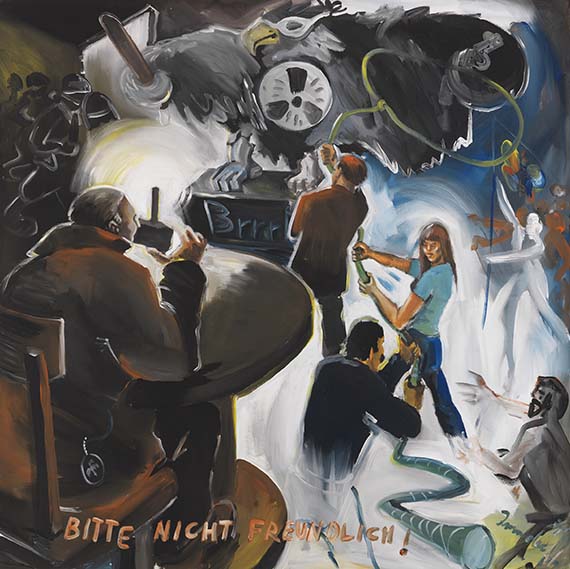 • Monumental work with the essence of Immendorff's creation.
• The famous political series "Café Deutschland" with 19 large-size was made the same year as our work "bitte nicht freundlich“.
• Immendorff participated in Documenta 5 in 1972 and in the Venice Biennial in 1976.
• Similar works from the same creative phase are in the Pinakothek der Moderne, Munich (Collection Stoffel), the Collection Essl, Kloster Neuburg near Vienna, the Musée d'Art Moderne de la Ville de Paris, and the Centre Pompidou, Paris.

Jörg Immendorf always was an extraordinarily political artist. His impetus is to convey art as a social concern. The "Lidl“ works, as well as the "Brecht-Series ((Fragen eines lesenden Arbeiters)" are political comments, sometimes peppered with amusing and critical gestures. The sarcasm may at times reflect a felt bitterness and disappointment about the encrusted and reactionary structures in the Federal Republic. For many later generations, the late 1970s were characterized by anger and a revolutionary will to change society: In 1977 the Prime Minister of Baden-Württemberg Filbinger had to abdicate because of his Nazi past; it is a time of hot debates about the terminal storage of nuclear waste; it is the time the environmental party "The Greens" was founded, while the movie "Deutschland im Herbst“ (Germany in Autumn) was also made. It deals with German society at the time of the RAF terrorism, immediately after the Stammheim inmates committed suicide. In a time of social controversies, Jörg Immendorff reconsidered his previous style of composition after he had seen Renato Guttuso's "Caffè Greco" in Cologne in 1977. The striking agit-prop of the ‘Lidl‘ objects is given up in favor of figurative and painterly more demanding works. He made references to art historical models and sometimes borrows from other compositions. Contents and themes largely remained the same, while Immendorff reinvented himself in terms of form.
"Bitte nicht freundlich" (literally: Please don‘t smile) is a take on a photographer's request "Smile, please". Immendorff hurls this invitation at the viewers to drive them to querulousness. Why, the artist wonders, should on remain friendly in the presence of the federal eagle with pistol and baton and a radiation symbol around his neck. Heavily armed police forces charge into the picture from the left, opposite of them a group of demonstrators. In front right, a figure, presumably the artist himself, roots for a group of three to capture the overpowering federal eagle with a lasso. It is a rumpus reflecting the irritable atmosphere in West Germany at that time. An environment that the critical painter Immendorff comments on in his virtuoso style in this work. [EH]
More Information
+
Sell
Get a free appraisal for a similar object!
+
Register for
Jörg Immendorff
+
Buying from A-Z
+
Contact a specialist
+
Jörg Immendorff Biography
Share