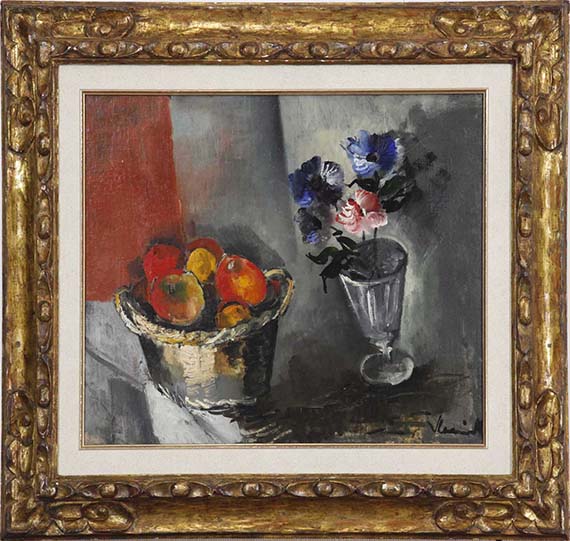 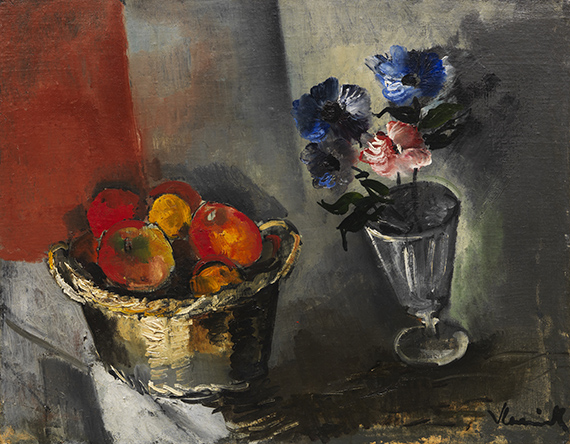 406
Maurice de Vlaminck
Nature morte avec compotier et vase de fleurs, Um 1910.
Oil on canvas
Post auction sale: € 60,000 / $ 69,600
Nature morte avec compotier et vase de fleurs. Um 1910.
Oil on canvas.
Lower right signed. Verso with a number and with several, partly fragmentarily preserved labels, there inscribed by a hand other than that of the artist and typographically numbered. 47 x 59.5 cm (18.5 x 23.4 in).
[KT].
• Maurice de Vlaminck is one of the central artists of the French avant-garde, which he significantly influenced from 1905 as part of the "Fauves" with Henri Matisse and André Derain.
• Work from the decisive and artist's most fascinating early creative period, 1905-1915, in which Vlaminck consolidated his international position as a representative of modernism.
• In 1910 he had his first solo exhibition in the rooms of Ambroise Vollard's important gallery in Paris.
• He then successfully presented his still lifes of the time, e.g. at exhibitions of the "Blauer Reiter" in Munich, at "Expressionism" in Herwarth Walden's gallery "Der Sturm" and at the first Armory Show in 1913 in New York.
• Still lifes and landscapes are in major international collections, including the Museum of Modern Art and the Metropolitan Museum, New York, the Musée national d'art moderne/Centre Pompidou, Paris, and the Tate Gallery, London.

With a certificate from the Wildenstein Institute, Paris, from May 5, 2010 regarding the inclusion into the catalog raisonné (original). The work is registered as no. 459.

LITERATURE: Charles Marriott, Modern movements in painting, New York 1920, p. 211 (with illu.).
Sotheby's, New York, auction on February 23, 1984, lot 57 (with illu.).
Sotheby's, New York, Impressionist and Modern Art II, auction on May 14, 1998, lot 151 (with illu.).
Koller Auktionen, Zürich, auction on December 4, 2009, lot 3209 (with illu.).
"Maurice de Vlaminck is one of the most talented painters of his generation. His gaze is wide and powerful; his sober and impressive execution leaves the lines all their freedom, the forms their relief and the colors all their clarity and beauty."
Guillaume Apollinaire, La Vie artistique: Exposition Maurice de Vlaminck, in: L’Intransigeant, March 16, 1910, p. 2. 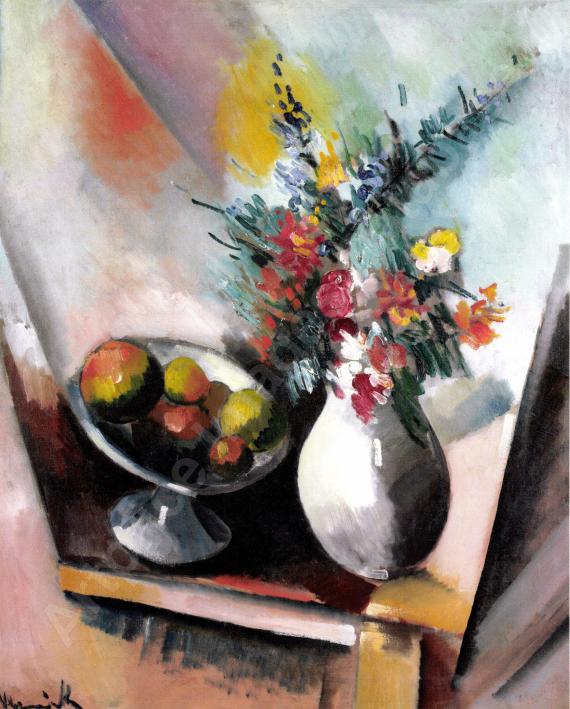 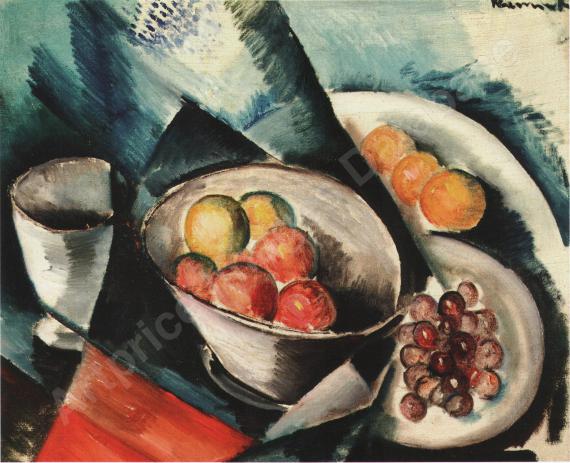 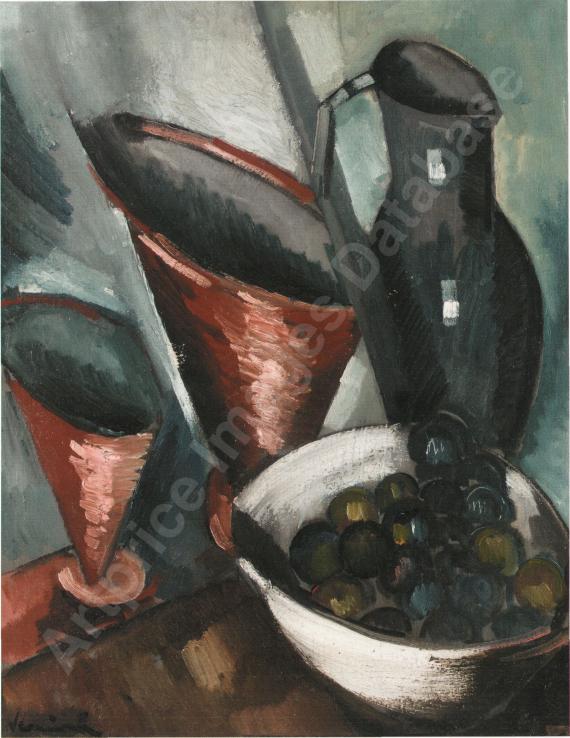