• The “found door” has a very special meaning in Tàpies' oeuvre.
• Tàpie's materials and textures have a strong power of association
• The 1959 Spanish Door is now in the Kemper Art Museum, St. Louis.

We are grateful to Comissió Tàpies, Barcelona for kindly providing us with information.

Along with Eduardo Chillida, Antonio Saura, Luis Feito and Manolo Millares, Antoni Tàpies is one of those young Spanish artists who were able to cause an international sensation at the beginning of the 1960s and whose very own contribution to European art of the second half of the 20th century had a decisive influence not only on their contemporaries, but also on artists of the following generations. At the beginning of the 19th century, the Romantics had already exploited the fascination emanated by fragments ruins, and Rodin had almost single-handedly introduced the “torso” as a principle into the modern age. In Paris in the 1920s, the Surrealists then developed polyphonic methods of collage and montage and made the resulting intrusion of reality into the picture a decisive innovation in 20th century art. As a consequence, this meant no longer just propagating the equation “art = life”, but already dissolving the questioning of it forever. By the end of the 1950s at the latest, the young avant-garde had declared all of life to be a zone of transformation. With the exhibition "The Art of Assemblage" at MoMA in New York, William C. Seitz defined the expansion of the image as an endless play with reality.
"Painting relates to both art and life. Neither can be made. I try to act in the gap between the two." (Robert Rauschenberg, 1959)
In 1950, Antoni Tàpies came to Paris on a scholarship and absorbed the spirit of existentialism as much as he was fascinated by the somnambulistic ending of Surrealism. He got to know Jean Dubuffet and his observations of "Art Brut" and realized, encouraged by Picasso, that he can develop his own position from a "Catalan Spirit". By 1954 the latest, he had opened up an unmistakable field of imagination that jumped between realistic allusions and encoded messages with the cracked surfaces and walls furnished with narrative signs. With great sensitivity to haptically defined abbreviations, he succeeds in providing impressive and very personal insights into a reality that can hardly be described in words. In the 1970s, Andreas Franzke used the term “material panels” in an attempt to capture the specific appearance of Tàpies' paintings. This designation also helps to illustrate the fundamental difference between works by Tàpies and, for instance, Robert Rauschenberg's ‘Combine Paintings’. Although both artists began to integrate elements of reality into the picture almost simultaneously, they take very different paths in their game between observation, political commitment and lucky find. Tàpies had been fascinated by Brassaï's — now famous — photographs of the incised drawings on the ancient walls of Paris from early on. But in contrast to the anonymous notes recorded there, the connection in his creations lies “in the spiritual, not in the representational, in the idea of \u8203\u8203 the universal and not in the personal moment” (quote: Barbara Catoir). In the eye of the beholder, the encounter with everyday objects in the picture increases the objects of the ordinary into the absurd. A simple, random sock on the canvas is actually "lost". The “found door” has a very special meaning in Tàpies' oeuvre. The door hides something behind it and is the “gate of perception” – a traditional metaphor since William Blake. It is the place in the wall through which man can pass, it is the absolute present that “brings along” the past and still has the future ahead of it. As early as 1959, Tàpies had created the prototype for his symbolic formula with “Spanish Door”, and to him the extreme simplification stands for the idea of the detached door as a paradox. It is a sign that leaves its metaphysical character – especially hanging in front of the wall – in limbo, yet underlines its essential duality in the detachment of its function. The unity of all things through the conscious co-existence of all contradictions to be resolved in time.
A series of colorful, short, seemingly choppy strokes creates a rhythm on the material panel "Door and Colors" from 1974 that does not designate anything, but develops its poetry precisely when we realize that every stroke, every color change means a decision and an action – a piece of chalk is put down and another one is used for the next line. The sequence of the different colors in staccato has no "fixed" meaning, deriving its plausibility from a peculiar balance between chance and deliberation. Markings, human signs, motivated randomness, pure "doing" followed by distant looking. The large door "Door and Colors", with its striking clarity, has an important meaning in the work of the early 1970s, as it "connects" it through the inscriptions, the large "double X" with the algebraic "inequation", which stands in a "vast sky" as over an "earthen landscape", the indissolubility of ideas. If A as -B holds the equation, it's just the difference in people's observation that makes the difference. Individuality that inevitably loses itself in universality and repeatedly refers back to Tàpie's own astonishment at the development of the picture, the process of its creation. It is the identity-generating story that enables a transformed door, in interaction with the radical limitation of the painterly means and the prudent inscription of signs, to spiritualize simplicity. Precisely these “European Qualities” were exemplary for Jean-Michel Basquiat and Julian Schnabel for the magical appeal of their pictures with an object character. “Art” – if it exists – arises from dealing with matter. It's about the fascinating understanding of elementary possibilities, which in best case, in the extraordinary find, lead to the identity of material as form. This is an endless game. That promises every wall and every new experience of the next door. [AH]
More Information
+
Sell
Get a free appraisal for a similar object!
+
Register for
Antoni Tàpies
+
Bidding Options
+
Written bid
+
Buying from A-Z
+
Contact a specialist
+
Antoni Tàpies Biography
Share 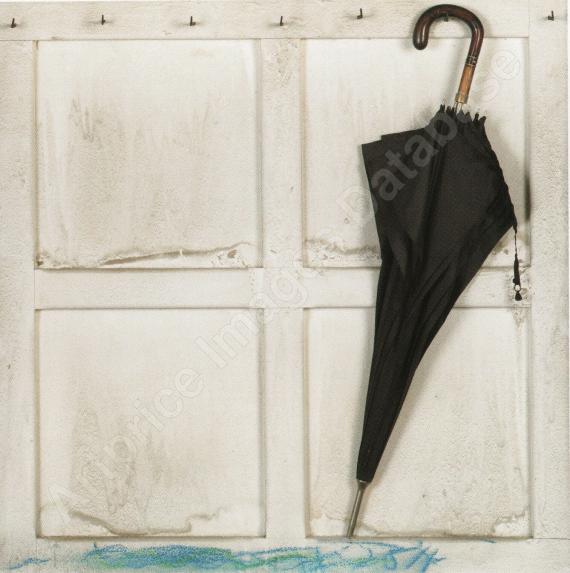