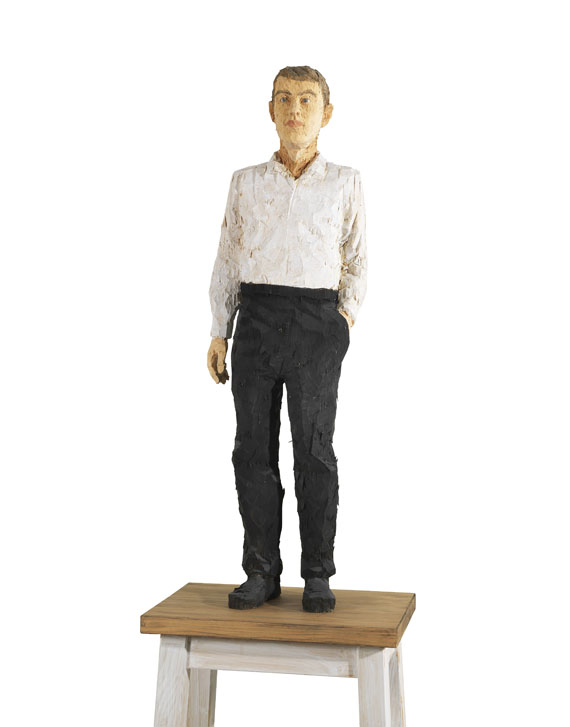 • No other contemporary sculptor has created so unmistakable plastic works.
• Unique object of high recognition value.
• The Lehmbruck Museum in Duisburg showed a comprehensive Balkenhol exhibition from October 22, 2020 to February 28, 2021.

"I believe [.] that every depiction of a human figure is of existential nature, as it poses the questions 'who am I', 'what am I doing here on Earth', 'how do I see, think and feel."
Stephan Balkenhol in an interview with Heinz-Norbert Jocks, Kunstforum, vol. 144, 1999, Gespräche mit Künstlern, p. 272.

In his works, Balkenhol strives to detach figurative sculpture from its political, religious, and allegorical appropriations and to reinvent it. The quest for new ways of formulating and giving meaning to everyday material that many German artists pursued since the 1980s, also becomes manifested in Balkenhol's work, who was trained in sculpting in the class of the strictly minimalist artist Ulrich Rückriem in Hamburg. Since about 1982, the human figures and heads he directly cut out of the block of wood, often larger than life, have dominated his work. Balkenhol uses traditional tools to work the wood, which he sees as a living substance. The sculptor's signature and physical labor remain visible in the work. The impression of apparent unfinishedness remains intrinsic to it and is precisely calculated. The archetype of the man in black pants and white shirt made Balkenhol well known abroad. He makes up for the apparent ordinariness of his figures with their unusual dimensions: Sometimes the figures are larger than life and huge, sometimes scaled down on pedestals four times as high, so that they remain at eye level with the viewer. Here, the young man casually presents himself in the typical Balkenhol uniform, shirt and black pants. A present day figure, very much alive and up-to-date. He stands above the viewer, his pedestal is a stool. An uncommon form, as his pedestals usually show remains of the wooden trunks they were carved from. It is precisely through their simplicity and objectivity that Stephan Balkenhol's figures fascinate us so much. They are strange and familiar at the same time. Mostly his figures just stand there, not doing anythimg. They rarely have objects attached to them or throw themselves into a pose. Their main task is to be present, casual and natural. But they also seem strangely enraptured, one cannot catch their gaze, an aura of the untouchable surrounds them. Stephan Balkenhol himself says: "My sculptures do not tell stories. Something mysterious is hidden in them. It is not my task to reveal it, but the its the viewer's to discover it." [EH]
More Information
+
Bidding Options
+
Bid by telephon / written
+
Contact a specialist
+
Buying from A-Z
+
Preview & Auction Procedure
+
Catalogue Order
+
Register for
Stephan Balkenhol
+
Stephan Balkenhol Biography
+
Sell
Get a free appraisal for a similar object!
Share 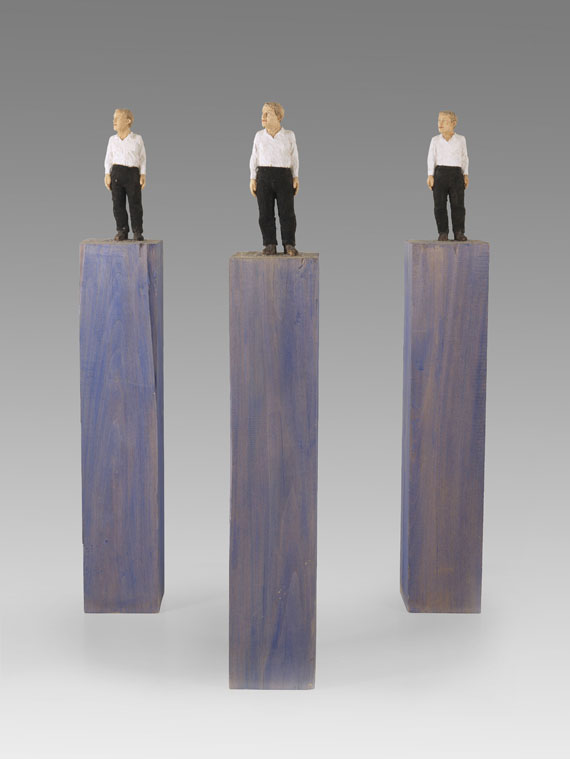 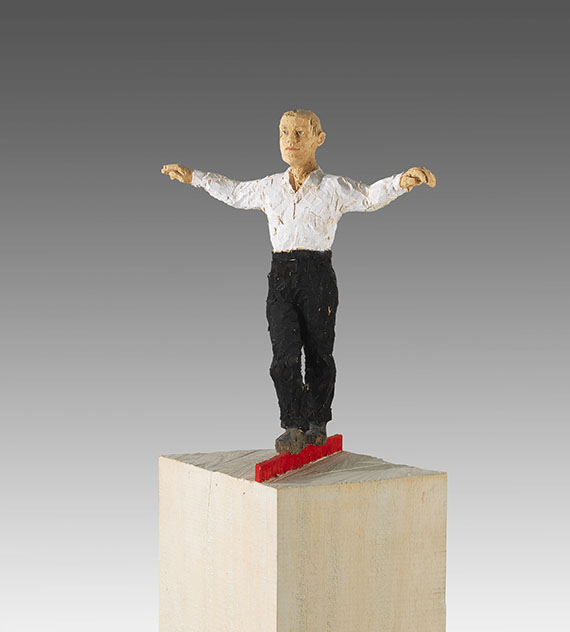 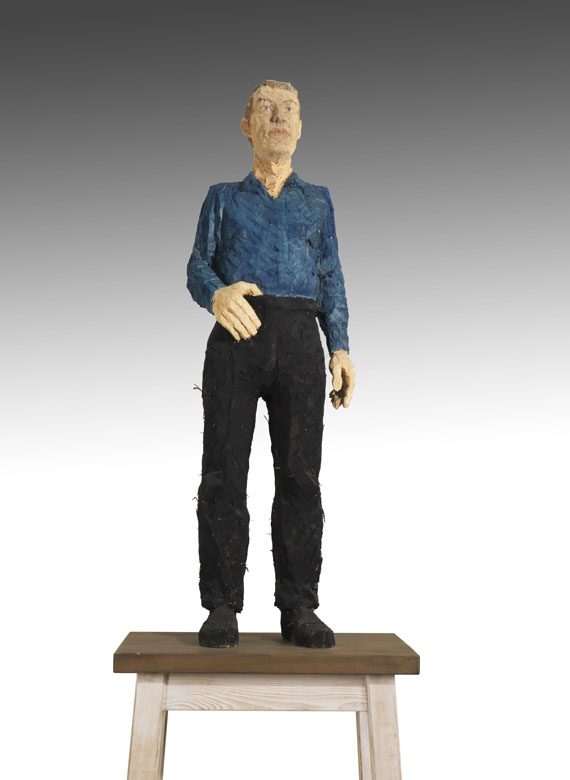 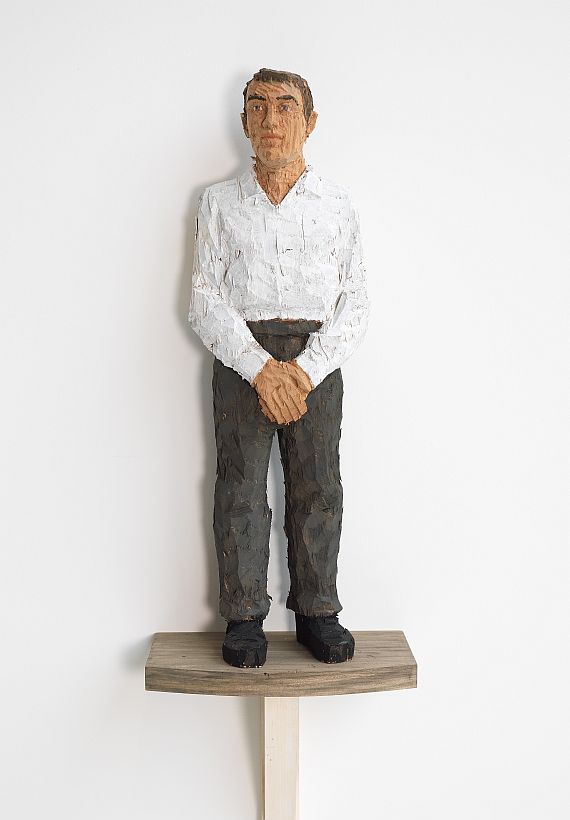 STEPHAN BALKENHOL
Stehender Mann, 2007
Sold: € 58,560
More offers for Stephan Balkenhol
+
and all other offers
You might also be interested in
+
and all other offers
Buyer's premium, taxation and resale right compensation for Stephan Balkenhol "Mann mit weißem Hemd und schwarzer Hose"
This lot can be purchased subject to differential or regular taxation, artist‘s resale right compensation is due.