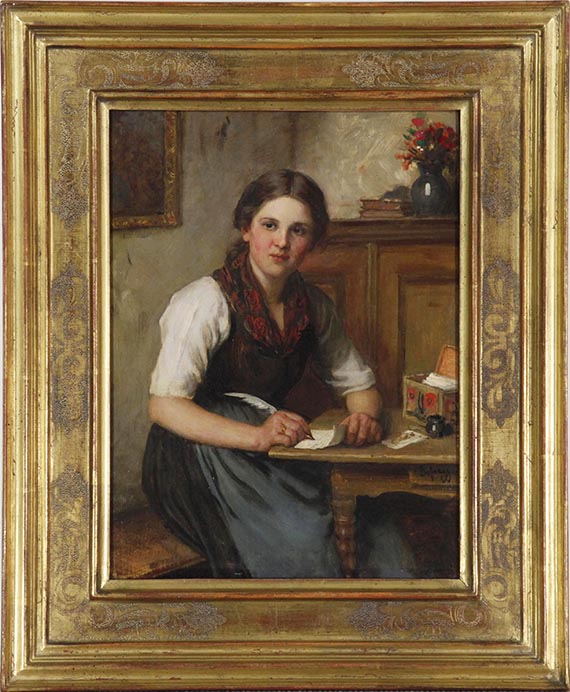 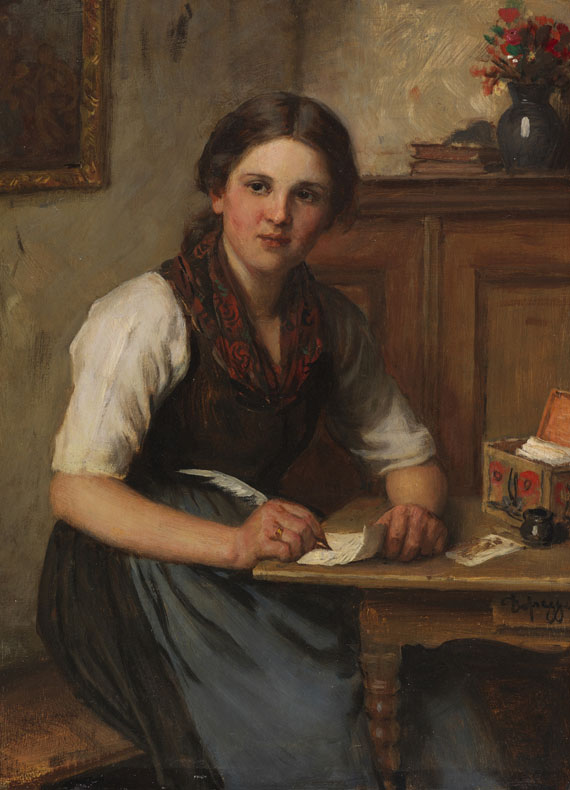 In Franz von Defregger's extensive oeuvre, portraits of girls are among the most popular motifs, alongside his history and genre paintings. The best known of these are probably the so-called ‘Dirndln’, portraits of Tyrolean country girls in typical costumes characterized by a healthy freshness and simple beauty, which were very popular with upper-class buyers. The intimate portraits of young girls in interiors, such as our writing ‘Dirndl’ girl, are quite typical of Defregger's oeuvre. The painting offered here shows a young girl in a room, sitting at the table, lost in thought, with a pen. Skillfully and with painterly quality, the artist creates a situation of inner and outer viewing. The viewer feels involved and takes part in this intimate moment through the dreamy gaze that wanders out of the pictorial space. In the 1860s, Defregger's career as a painter began in Innsbruck and led him via the Munich Academy to Paris and finally to Karl von Piloty's history class where he completed his studies between 1867 and 1870. He became very successful in just a short time, and was appointed professor for historical painting at the Munich Academy by King Ludwig II in 1878. Defregger's portraits were already extremely popular with his contemporary audience and made him one of the most important representatives of the Munich School of the second half of the 19th century.
More Information
+
Sell
Get a free appraisal for a similar object!
+
Register for
Franz von Defregger
+
Buying from A-Z
+
Contact a specialist
+
Franz von Defregger Biography
Share