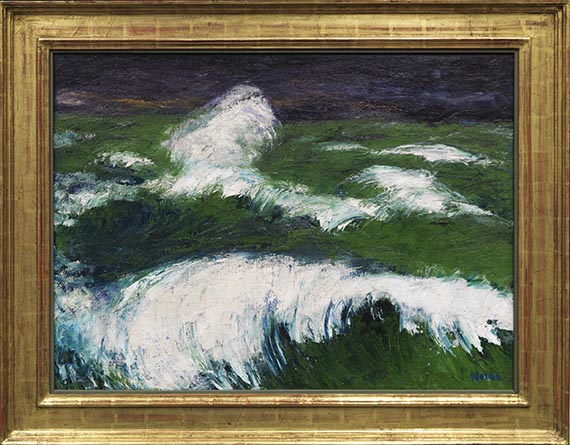 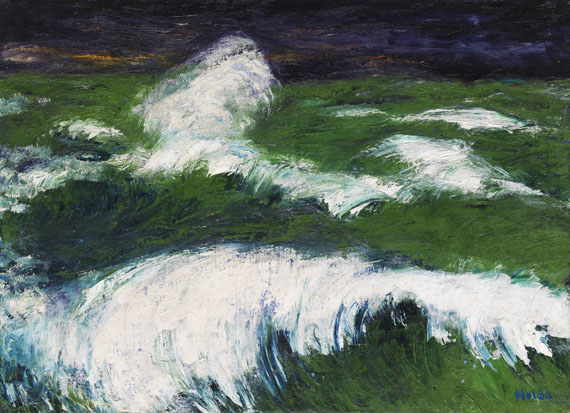 • The sea as a primal force is one of the key themes of Nolde's creation.
• Nolde puts the observer right into the sea to make its elemental force perceptible.
• In this almost non-representational depiction of the sea, color is the defining element.
• Two of the six seascapes made on Sylt in 1930 are considered lost.
• "Meer (B)" from this series of seascapes is in possession of Tate Modern Gallery, London.
• Part of the traveling exhibition "Neuere deutsche Kunst", the most important exhibition project of Modern Art at the end of the Weimar Republic.

"Nolde painted the sea as an elemental being and as an apotheosis of light and infinity. [..] Complete immersion in the elemental force of nature to a dangerous point, becoming one with the goal of grasping things and being seized by them, in order to then paint the picture from memory, far from the surface world, following only the power of imagination and the colors’ sensuous lure - no subject suited the painter more. He could let the colors flow in complete freedom, in order to direct them into compositional order." (Martin Urban, Emil Nolde. Landschaften. Aquarelle und Zeichnungen, Cologne 2002, p. 32). 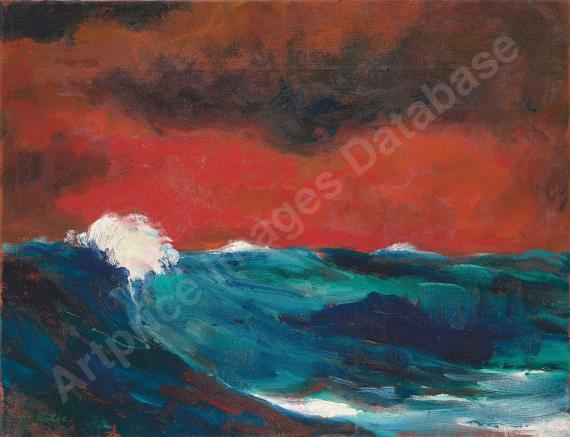 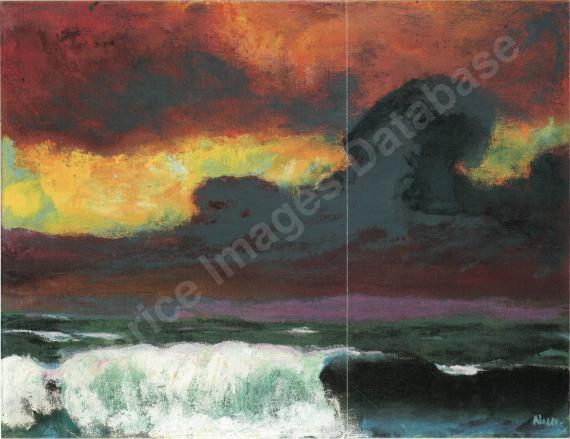 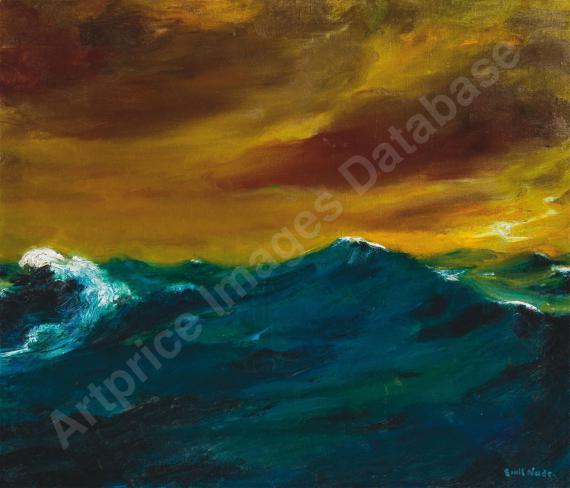 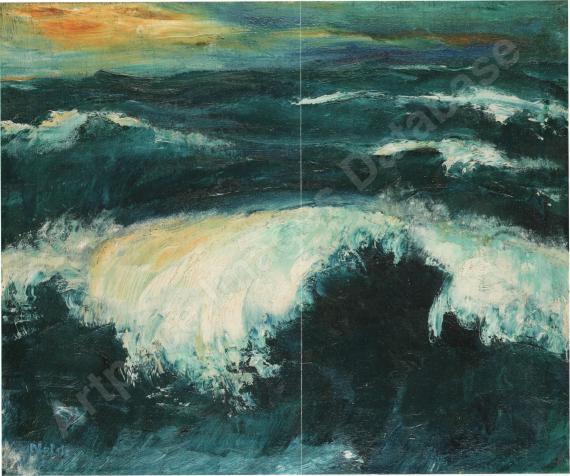