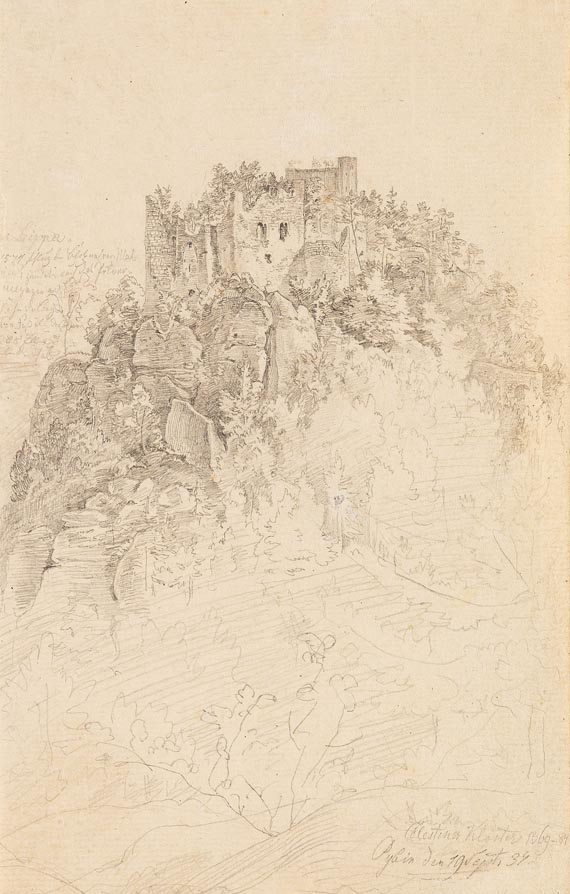 The monastery, which was erected in the 14th century in the succession of the well-known Prague architect Peter Parler, counted among the most important and renowned monasteries in its days. Situated in the charming mountain landscape of the Zittau Hills, it was destroyed by fires and rockslides in the late 16th century - the monastery's ruins, However, were among the most popular motifs of German Romanticism painters. Such as it is the case with this delicate pencil drawing by Ludwig Richter, which uses this motif, just like the works "Friedhof auf dem Oybin" by Carl Gustav Carus and Caspar David Friedrich's "Kirchenruine Oybin", and makes it a prime example for the art of 19th century landscape painting. [CM].