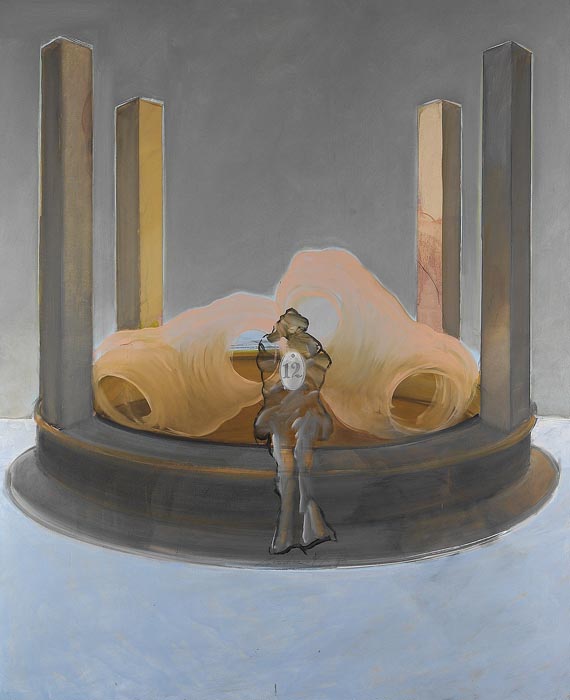 Ohne Titel (Die 12). 1970.
Oil on canvas.
Signed and dated lower centre. With a label on the stretcher, there signed by the artist. 159,8 : 130,2 cm (62,9 : 51,2 in). The fragmented human figure plays a pivotal role in Jürgen Brodwolf’s work. In 1959 he formed an empty paint tube into a human torso. This “tube figure” subsequently recurred frequently in his work. He produced object assemblages, into which he directly integrated his tubes, as well as paintings and drawings in which the motif appears. From about 1970 Brodwolf placed the figure in a relationship with spaces, spatiality as such, even ground-plans. Spatial perspective also features in our work, which is notable for clarity of composition. The artist himself says that this painting is one of his early works he would like to own again himself. [ME]