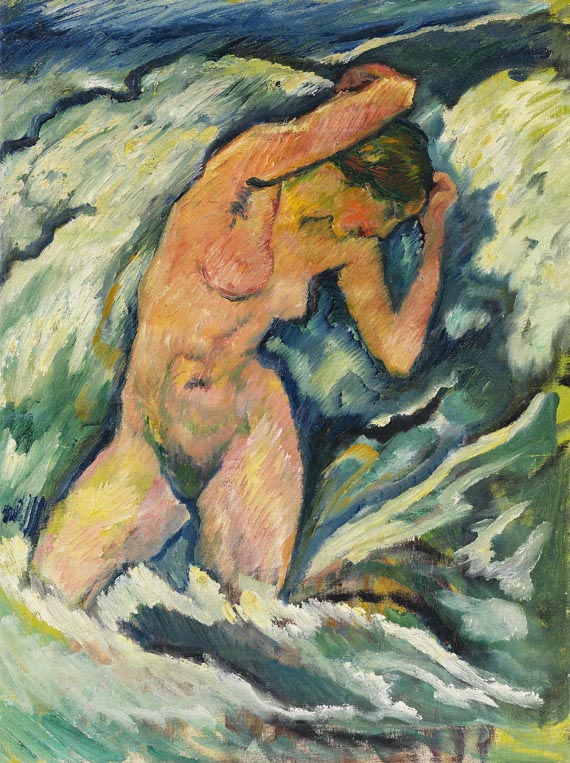 Harold Bengen was born in Hanover in 1879. In 1896 he began his studies at the Weimar School of Art, which he continued at the Academy of Art in Graz in 1898. In the following he was active as a freelance artist in Hanover. As of 1905 he spent a lot of time on the island of Hiddensee, where this work presumably was also made. In 1908 he began teaching drawing and decoration painting at the School of Arts and Crafts in Berlin-Charlottenburg. Together with Georg Tappert and Max Pechstein he was one of the founding fathers of the artist’s group "New Secession" in Berlin in 1910. Initially influenced by Art Nouveau, his works cannot be ascribed to any particular style tendency. In 1920 the painter participated in the winter exhibition of the "Berlin Secession", the same year he was appointed professor at the School of Arts and Crafts in Berlin-Charlottenburg, where he was teacher of, among others, Hannah Höch. [JS].

More Information
+
Sell
Get a free appraisal for a similar object!
+
Register for
Harold Bengen
+
Buying from A-Z
+
Contact a specialist
Share