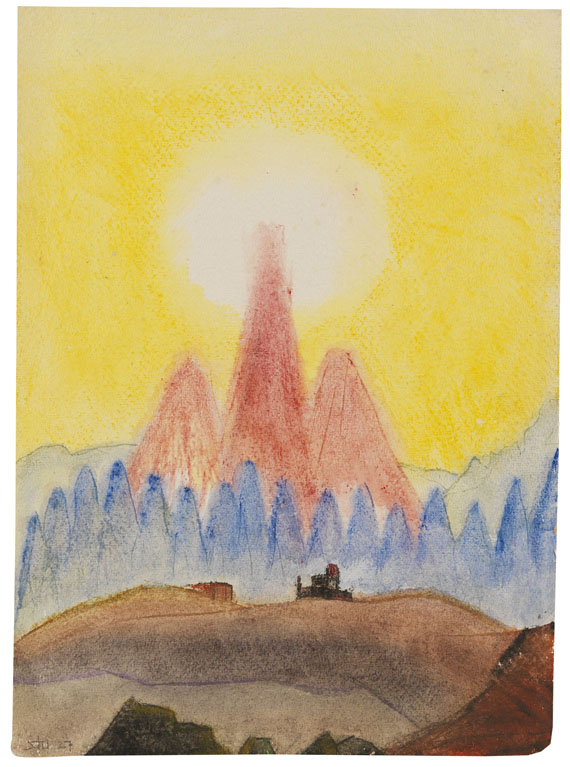 We are grateful to Dr. Wiebke Steinmetz, Städtische Galerie Delmenhorst, for her kind support in cataloging this lot.

Born in Munich in 1881, Fritz Stuckenberg was initially active as theater painter in Leipzig and then studied at the Weimar Saxon-Grand Ducal Art School and the Munich Academy. After a long sojourn in Paris, during which he showed works at Salon d'Automne exhibitions, he moved to Berlin and joined the "Sturm" circle and the "Novembergruppe". As of 1922 he settled in Delmenhorst. His initially expressionist style, which was obviously characterized by impressions from his days in Paris and Berlin, took on a rather futurist-constructivist tendency as of 1920. [CB].

More Information
+
Sell
Get a free appraisal for a similar object!
+
Register for
Fritz Stuckenberg
+
Buying from A-Z
+
Contact a specialist
Share