Gypsum is a crystalline mineral of hydrated calcium sulphate (chemical formula CaSO4 • 2H2O). Gypsum is colorless or white, is not highly water-soluble and is not at all hard. A mixture of gypsum and water can be poured; the gypsum hardens as the water evaporates. In art gypsum is mainly used in the partly dehydrated form of plaster of Paris (2CaSO4 • H2O) to make casts of objects or works of art in sculpture (moulds). The process entails making a negative form, of a sculpture, for istance, which is then coated with plaster of Paris. Plaster of Paris models of sculpture were widespread in antiquity and the practie was revived in the Renaissance. From the late 17th century plaster of Paris casts were made for art academy study and model collections (plaster cast collections), which were taken up by museums and art historical and other institutes in the 19th century. 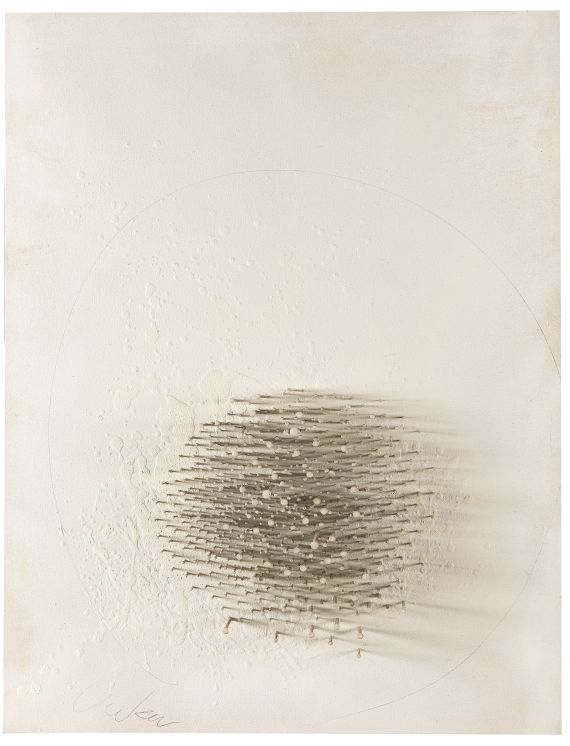