Hortus Eystettensis is the abbreviated title of the important botanical work by Basilius Besler, first published in 1613 in Eichstätt and Nuremberg and reprinted until about 1750. The work is a description of the celebrated "garden at Eichstätt" at the Willibaldsburg in Franconia, planned and begun at the close of the 16th century by the Prince-Bishop Martin von Schaumburg and enlarged by the Prince-Bishop Johann Konrad Gemmingen until his death in 1612. A total of 367 stunning copperplates in large formats in the "Hortus Eystettensis" depicts the species of flowers and plants imported for the garden from all over the world by Johann Konrad Gemmingen. In the early 17th century, the Prince-Bishop entrusted the planning of the garden to the Nuremberg apothecary Basilius Besler (1561-1629), from whom he also commissioned the compendium of copperplates ca 1606 or 1607 although he did not live to see its completion. The "Hortus Eystettensis" is less remarkable for scientific accuracy than for spacious representation. Besler's aim was to produce a magnificent work picturing the plants in the Hortus Eystettensis in all their beauty and, as far as possible, in full size. 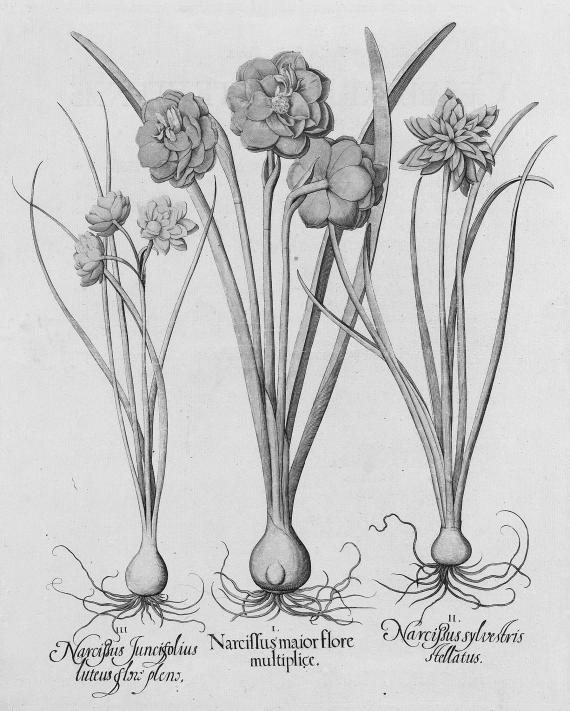