Pittura Metafisica (Ital. for "metaphysic painting") denotes a style that came up in Italy as early as in 1911/12, lasting up into the 1920s. The term originates from the main master and founding father of Pittura Metafisica, Giorgio de Chirico (1888-1978). Artists such as Carlo Carrà (1881-1966) and Giorgio Morandi (1890-1964) followed his example around 1917/18.
A fundamental feature of the Pittura Metafisica, in its literal sense, is the depiction of the object's "super-natural" features (Greek "metá" = beyond; "phýsis" = nature), the object's content beyond its visible features. These ideas had clearly been influenced by Giorgio de Chirico's younger brother Andrea, who was working as a writer and painter under the pseudonym Alberto Savinio. Philosophical concepts of Friedrich Nietzsche and Arthur Schopenhauer also occupied fundamental roles in this context.
The painters of the Pittura Metafisica created coulisse-like and perspectively exaggerated views that seemed like dreams filled with over-sharply modeled figures and objects, which have been taken from their original contexts and rearranged in new and strange relations. Man is also treated as an object - as "manichino", a faceless jointed doll, or as a construct of stereometric basic forms. Isolation, alienation, inexplicability and mysteriousness coin the atmosphere of the calm, motionless Pittura Metafisica that wanted to be less a way of painting than a means of observing.
In their concept of materiality, but also in terms of style, the artists of the Pittura Metafisica referred to the solemn and strict austerity of the Early Renaissance (Giotto, Masaccio, Piero della Francesca, Paolo Uccello). The simultaneosuly upcoming dynamic Futurism can be perceived as a counter movement to the Pittura Metafisica - Carlo Carrà, up until 1915 one of the leading artists of Futurism, explained his turn to the Pittura Metafisica with the rediscovery of the "principio italiano", which was prevailing in Renaissance.
The Pittura Metafisica had effects beyond the borders of Italy, especially on New Oobjectivity and Surrealism, which both came up up a little later. 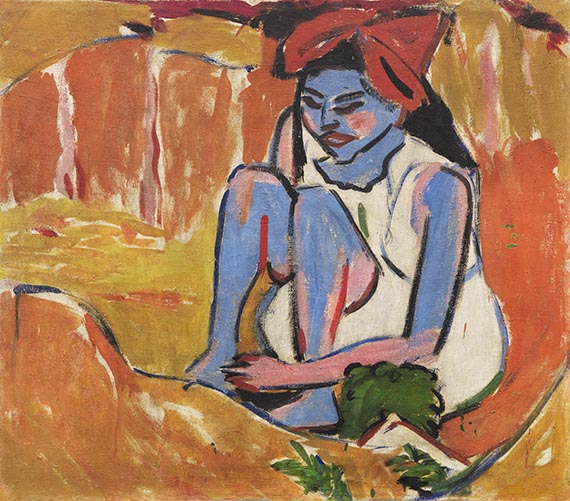