The title-page, also called printer's device, colophon, publisher's device (this last erroneously, because, unlike the publisher's device, the colophon is particular to a specific title, contains in complete form the printer's name, place of printing, date of publication, occasionally also the typeface and printing process used as well as the names of author(s), translator(s), editors and proof-readers, publisher's assistants and illustrators. Following the illuminated manuscript tradition, early printed works often featured the title-page as a colophon [Greek = summit] at the end of a book. The colophon is also called "explicit", because it is often introduced by this Latin word referring to the last words of the text ["It has been unrolled to the end", ie, a scroll]. In some cases printer's devices are given as well as the publisher's and later usually the seal of the publishing house. Even as early as incunabula decorative printer's devices occur, which were intended to fulfil a sort of trademark function as proof of authorship, copyright and quality seal. Usually executed in wood or metal engraving, printer's devices were usually put at the end (colophon) in early incunabula [German: "Wiegendruck"] but as the title-page developed, they were moved to the front. In the 15th century, printer's devices consisted in family coats of arms or armorial bearings of individuals or frequently also city emblems and Christian sacred symbols. In addition to the heraldic form, "speaking" signets also occur, alluding cryptically to the printer's name or containing his initials. In the 16th century, symbolic, emblematic and narrative printer's devices or ornaments occur. Thus the printer's device came to represent the official side of book decoration. Whereas towards the close of the 16th century, the printer's device increasingly yielded to the publisher's device on the title-page or licence leaf, the design and pictorial content of such devices were now reduced to copperplate engravings or etchings. By the 18th century, printer's ornaments had assumed the form of vignettes, only to disappear entirely in the 19th century. It was not until the early 20th century that publisher's devices returned to the book, by now greatly reduced in size and simplified. 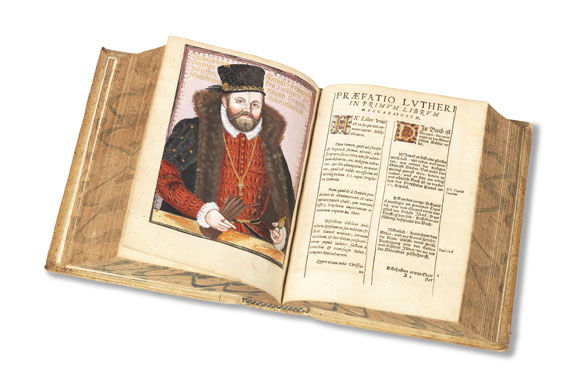