In terms of styles, Surrealism can be divided into two tendencies, the one, the so-called Absolute Surrealism, originated from a spontaneous automatism, while the other, the Veristic or Naturalistic Surrealism attempts to depict dream visions and similar subjects with an almost photographic accuracy.
Veristic Surrealism is what is generally associated with the "Surrealistic" par excellence, it was revived in the context of surreal figuration after 1945.
Veristic Surrealism (Lat. verus = true, real) first appeared in the work of Max Ernst in 1922, his rampant, primeval landscapes again dominated the veristic principle in surrealist art made after 1940.
While the early years of Surrealism were dominated by Automatism, a return to an illusionistic way of depiction took place in the late 1920s, particularly as André Breton saw Automatism as a danger to a plain Aetheticism. The young Max Ernst played a model role then, but also the Pittura Metafisica. Main representatives of Veristic Surrealism in the late 1920s were Yves Tanguy, but especially Salvador Dalí and René Magritte.
Based on the Pittura Metafisica, however, going beyond its parameters, Veristic Surrealism transfers dream images and visions to the canvas in a meticulous illusionism. The compositional elements are deprived of their original contexts and rearranged in new, confusing or even shocking connections. Works of Veristic Surrealism show parallel worlds of the unconscious in a distressing explicitness.
The esthetics of surrealist films were also based on the principles of Veristic Surrealism.
More Information
+
Sell
You would like to sell a similar object?
+
Offers
I would like to receive information on future offers for Surrealism
+
More Information for buyers
+
Sold lots for Surrealism Top 100 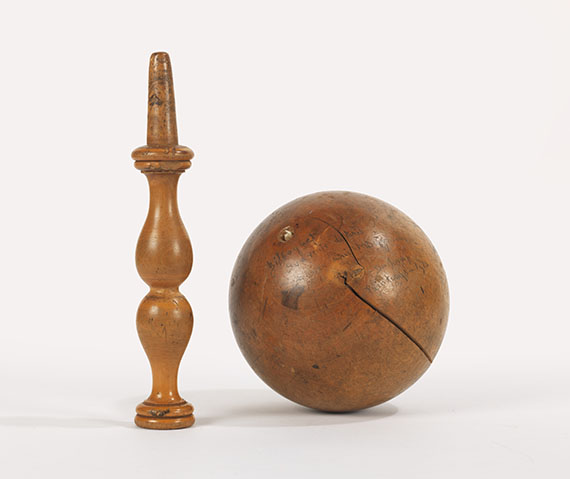