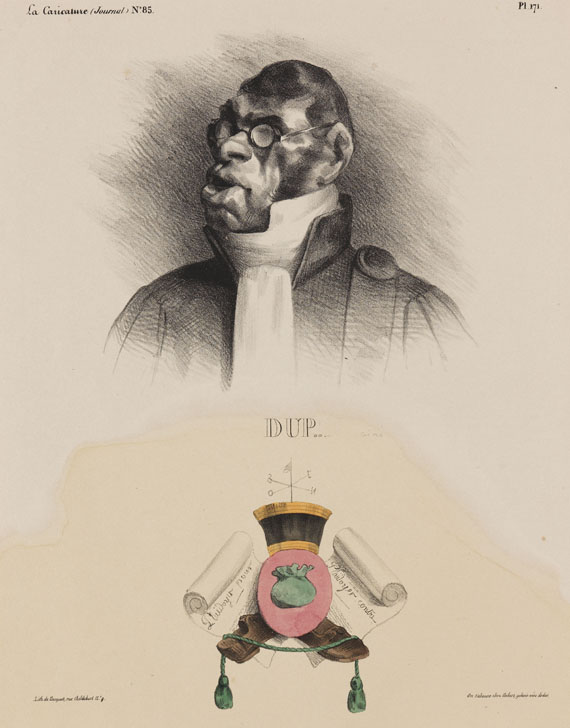 Daumier published a number of 26 lithographs in the satirical magazine La Caricature between April 1832 and November 1833, as of March 1833 he published in its successor Charivari. Under the title Célébrités de la Caricature (Celebrities of Caricature) he showed famous politicians of his days with exaggerated features, uncommon clothes and at times with ridiculing attributes in so-called escutcheons. For some of thwe depictions he made preliminary drafts in form of clay models.
André Dupin (1783-1865), called Dupin Aîné (Dupin the Elder), was a well-known jurist, state attorney and member of the government. He was regarded one of the epoch’s most important politicians, he was open towards liberal ideas. However, some claimed he was not intelligent, to which the title “Dup..“ alludes. Daumier depicted Dupin in many lithographs and a clay figure. For this sheet Charles Philipon, publisher of La Caricature, made the fantasy escutcheon. The attributes moneybag and wind vane are supposed to show that Dupin was a corrupt turncoat. [CB].