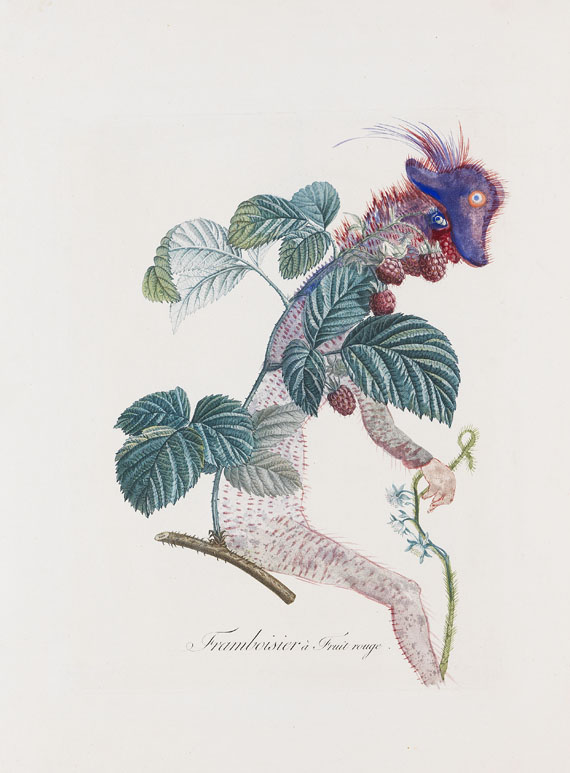 Accompanied by a certificate of authenticity issued by the Archives Descharnes from 14 June, 2014. The work is registered under the number "d5227" at the Archiv Descharnes.

Salvador Felipe Jacinto Dalí y Domenech already attended painting classes at the municipal art school in his home town Figueras at the age of fourteen. He began studying at the Art Academy in Madrid in 1921, where he met members of the Avant-Garde movement such as Luis Buñuel and Federico Garcia Lorca and was increasingly impressed by Giorgio de Chirico and Carlo Carrà's pittura metafisica. Expelled from the academy, Dalí turned towards Italian Futurism in 1926 and moved to Paris in 1928 where he joined the Surrealist movement around André Breton. Familiar with Sigmund Freud's works, Dalí increasingly combined dream elements with the artistic means of Automatism, paranoid delusions with elements of the subconscious and surreal fantasies with a meticulous painting technique in the style of the old masters. His first exhibition in Paris at the Galerie Geomans in 1929 was a huge success. He made two Surrealist films together with Buñuel during this period. Dalí's first exposure to the American public was his participation in the exhibition 'surrealist Paintings, Drawings and Photographs' at the Julien Levy Gallery in New York. He broke off contact with the surrealist group around Breton in 1934. Dalí spent the following years in New York, where he had his first large retrospective exhibition in 1941. Three years later he designed the costumes and stage sets for three ballet performances and wrote numerous theoretic texts. In Hollywood Dalí cooperated with Walt Disney and made the set for the famous dream scene in Alfred Hitchcock's film 'Spellbound, The House of Dr. Edwards'. He also produced numerous illustrations for various books published by the American publisher Doubleday. The artist returned to Spain in 1948. Here his late work is increasingly determined by religious-mystic elements, which Dalí, who closely studied physical theories during this period, combined with scientific elements. In the following years Dalí presented his current works in several large exhibitions, among others in Rome, Venice and New York. During the late 1950s the artist made 'provocation his prophetic system' and celebrated this principle in numerous happenings which excited the public during the 1960s.

In 1969 Dalí worked over several color engravings from Poiteau's "Pomologie francais" from1846. The illustrations, executed in stipple engraving, show a very subtle play of colors. Dalí invigorates these botanic illustrations with his peculiar fantasies. In this sheet the motif of the red raspberry resembles a little man with a Napoleon hat. Just as in a dream, the phallic figure sits on the thorny twig and even seems to grow out of it. Our watercolor is the model for the 11th sheet of the series"Flordali (Les fruits)", printed byAteliers Rigal and Ateliers d'Art l'Ibis, published by WUCUA (Werbungs- und Commerz Union Anstalt).

He was honoured with numerous exhibitions and awards: the Medal of King Isabella in 1964, his acceptance at the Académie des Beaux-Arts de l'Institut de France in 1978; he has held the title 'Marquis de Púbol' since 1982 and the Salvador Dalí Museum was opened in Cleveland in 1971. There were several retrospective exhibitions in the following years, at the Centre Pompidou, Paris and the Tate Gallery, London in 1979, in Madrid and Barcelona in 1983. His last great work is the Theatre Museum in his birth town Figueras which preoccupied the artist in the 1970s. 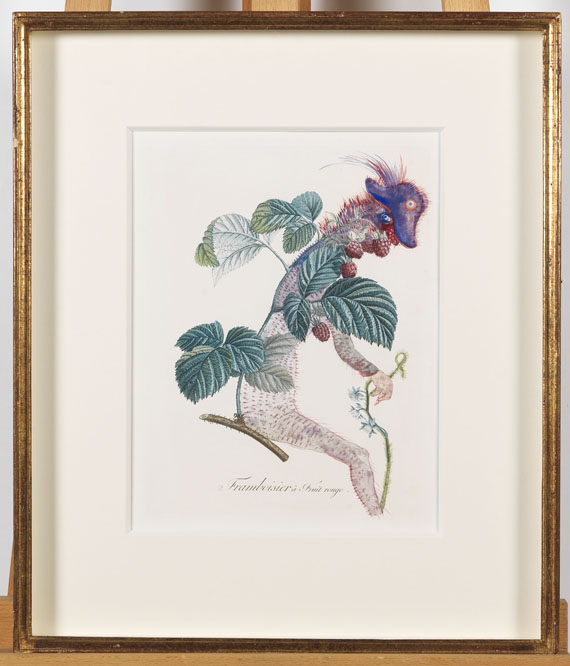