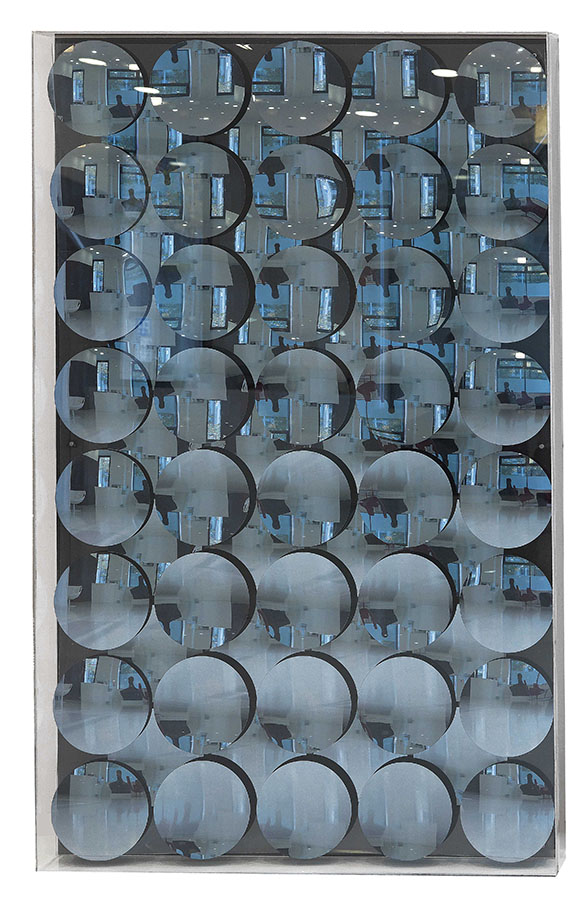 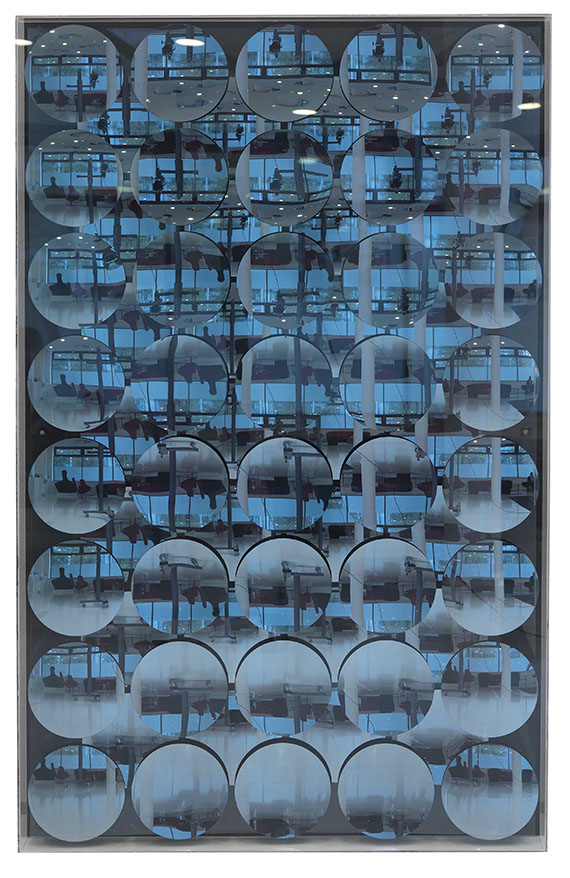 Adolf Luther was one of the principal agents of kinetic and optical art in his attempt to make the invisible visible and to understand a reality, which eludes the reproductive depiction. In 1938 Luther began studies of law in Cologne, which he completed with a graduation at the university of Bonn in 1943. He was forced to interrupt his studies several times due to his enlistment to military service. Since 1942 Luther attended during his spare time to painting and to first observations of light as its own reality. After his return from American war captivity, he became articled clerk at the Oberlandesgericht Düsseldorf, but also participated in exhibitions in Krefeld, Düsseldorf and Hamburg. During the following ten years between 1947 and 1957 Luther experimented with various painting styles, he moved from foreshortening to colored area-painting to gain experiences for an artistic start-over.

In 1957 Luther, who was promoted to judge in the meantime, resigned from law business to attend totally to art. Luther discovered light as a direct factor of composition in the smoothened surfaces of his ‚Dynamische Formen'. Between 1959 and 1961 he further developed the ‚Licht und Materie'-works [light and matter] and tested new materials. He was able to show his works at his first one-man shows at the Kaiser Wilhelm Museum in Krefeld and at the Drian-Gallery in London in 1960. Glass became the most important material to show energy in the form of light. In the 1960s light sluices, works with ‚optical media', works with concave mirrors and first ‚spherical objects'. Luther furthermore participated in ‚Zero'-exhibitions in Berlin, Frankfurt, Gelsenkirchen and Philadelphia.

Since 1970 he also worked with laser beams. Already during his lifetime he received several honours. In 1979 he was appointed professor by the country of North Rhine-Westphalia, in 1982 he received the Thorn-Prikker-medal in Krefeld, in 1987 a retrospective took place on the occasion of his 75th birthday in Bremen and in 1989 he was awarded with the ‚Verdienstorden' of the country of North Rhine-Westphalia. The same year he founded the Adolf-Luther-Stiftung in Krefeld. In 1990 the artist died. Luther developed a variety of ideas in the handling of mirrors, concave mirrors, glass and lenses, which can be admired in his fascinating œuvre.