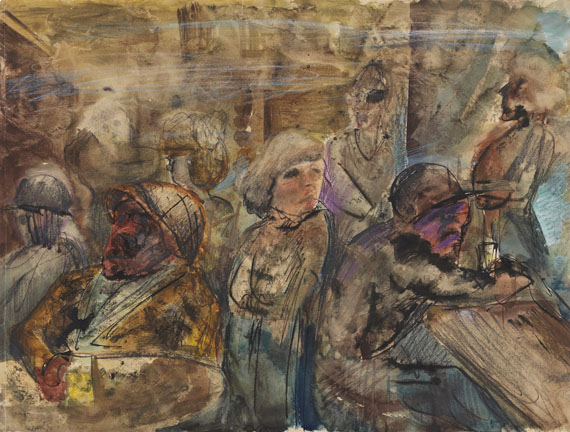 • Rousing depiction of an erotically charged and sultry bar scene
• Only one other sheet in the artist's oeuvre resembles "Fischerkneipe" in terms of theme and style
• From the Collection Stinnes..
We are grateful to Mr. Rainer Pfefferkorn for the kind support in cataloging this lot.

Essay
Apart from the atrocities of war and themes such as battle, death, injury and mortality, Dix was increasingly occupied with the depiction of human abysses in his generation in the post-war period – just as it is the case in this work which is characterized by his typical strong veristic Realism. Dix became a critical chronicler of a distressed society after World War I and hence declared the morally alarming aspects of human existence and the omnipresent financial dire straits and lack of prospects worthy motifs. Entirely free from any educational undertone, Dix created both remarkable visual contemporary documents, and art-historically relevant works characterized by a poised line and a brutally honest look at reality. In a unique combination of India ink, chalk and watercolor Otto Dix created a visually and haptically perceptible depiction of this tavern scene. [EH]
More Information
+
Sell
Would you like to sell a similar object?
+
Register for
Otto Dix
+
Bidding Options
+
Bid by telephon / written
+
Buying from A-Z
+
Catalogue Order
+
Contact a specialist
+
Otto Dix Biography
Share 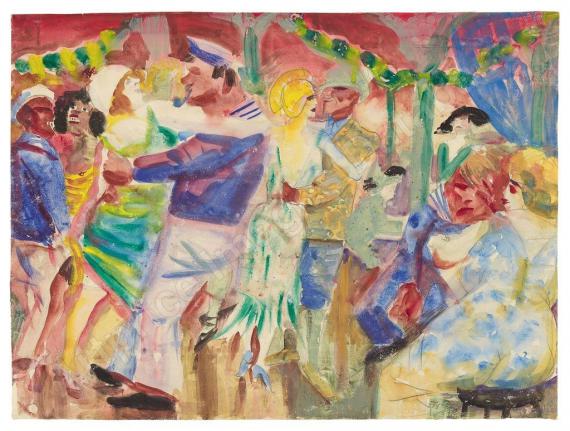 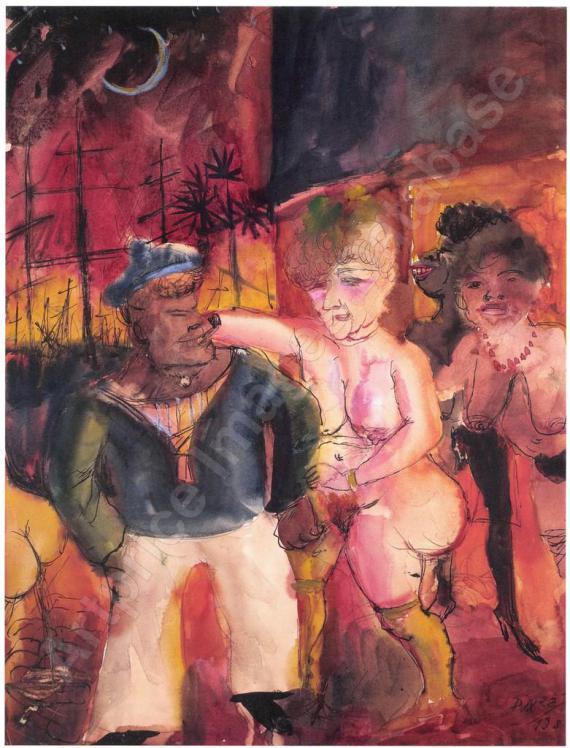 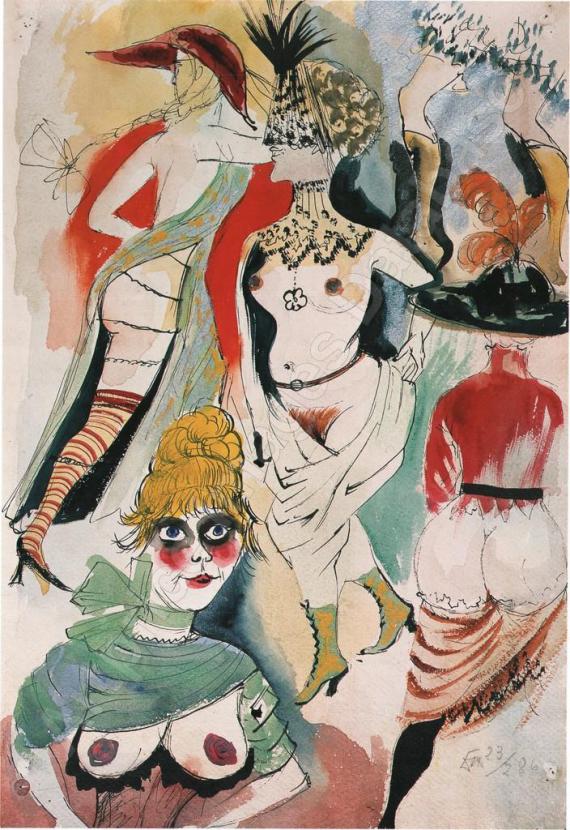