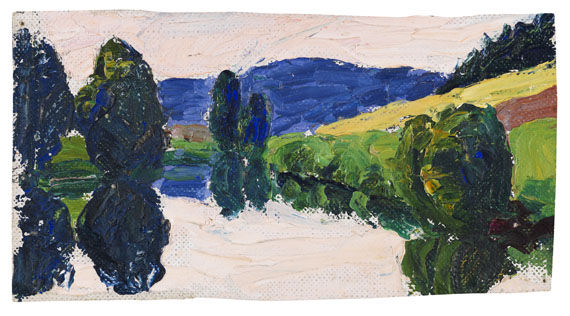 • The small sketches in oil are considered milestones in Münter‘s work
• Early usage of an expressive coloring
• In Kallmünz Münter got engaged with Kandinsky who was still married at that time.

Accompanied by a written confirmation of authenticity issued by the Gabriele Münter- and Johannes Eichner-Foundation on Oktober 22, 2013 (in copy). The painting will be included into the catalog raisonné of Gabriele Münter's paintings. 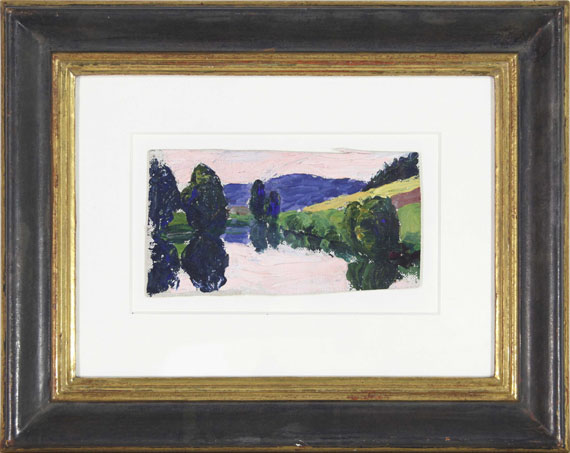