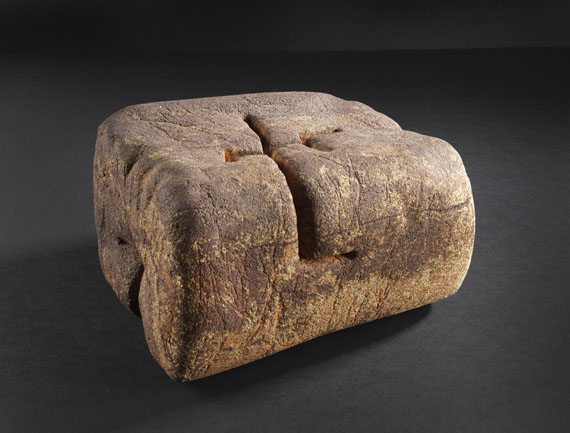 • Fascinating interplay of open- and closeness, heights and depths, in- and outside as well as between light and shade.
• Chillida's formally reduced works from the "Lurra" series are particularly captivating for their inimitable archaic-cultic character.
• Fine crimson coloring that underlines the earthen charisma of "Lurra G 121".
• Chillida's sculptures are in renowned international collections like Tate Modern, London, the Guggenheim Museum, Bilbao, and the Guggenheim Museum, Venice.

The artwork is registered in the archive of Chillida-Leku Museum, Hernani-Gipuzkoa, Spain under the registration number 1989.029.

Essay
"Lurra" is the name of the wonderfully compact sculptures by the Spanish sculptor Eduardo Chillida, which he has been making from chamotte clay since the 1970s. “Lurra” is the Basque word for “earth”. The refractory material provides the sculptor with ideal properties: it is brittle and allows only minimal deformability. Chillida is a master in processing the block-like, compact basic form, which he turns into an ideal carrier of his characteristic design language through sharp-edged subtractions and deep incisions. In "Lurra G 121" we encounter a massive body of earth which, through the minimalist structure of the few deep indentations, creates an fascinating interplay of closeness and opening of form, ups and downs, in- and outside, as well as light and shadow. The visual contrast created by the hardness of the material on the one hand, and the cut marks on the other, which look like they were cut into soft dough, is also particularly beautiful. Chillida processes the malleable clay-like mass, the shape of which is then permanently preserved in the stone through the baking process. Finally, the partially uncontrollable influences occurring during the baking play a decisive role for the final appearance. The rich red-brown tone of "Lurra G 121" is nicely accentuated by the rust-red areas underneath. A lively, earthy color that Chillida creates through the use of copper oxide. For Chillida, whose path to art came from architecture, space imagined in the puristic and archaic-looking sculptures is an inner place filled with energy. The deep indentations seem to give the observer a way to explore this unknown interior, while the block-like stone permanently encloses and preserves it. It is this special charisma and the archaic cultic character that makes Chillida‘s formally reserved works from the "Lurra" series so unique. [JS]
More Information
+
Sell
Would you like to sell a similar object?
+
Register for
Eduardo Chillida
+
Preview & Auction Procedure
+
Buying from A-Z
+
Catalogue Order
+
Contact a specialist
+
Eduardo Chillida Biography
Share 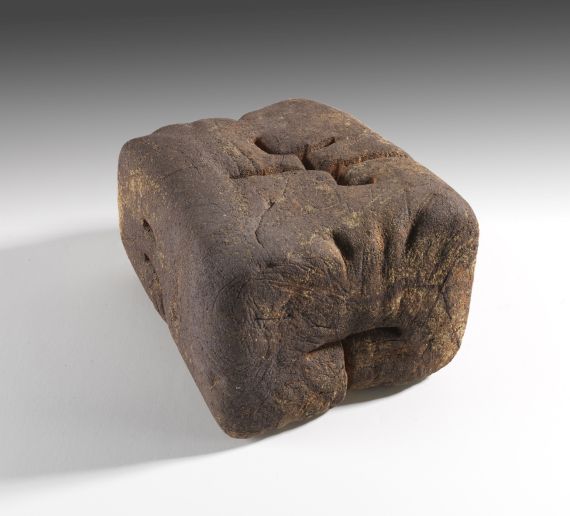 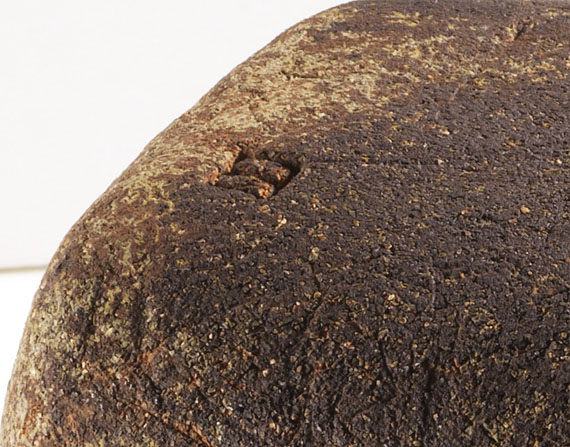 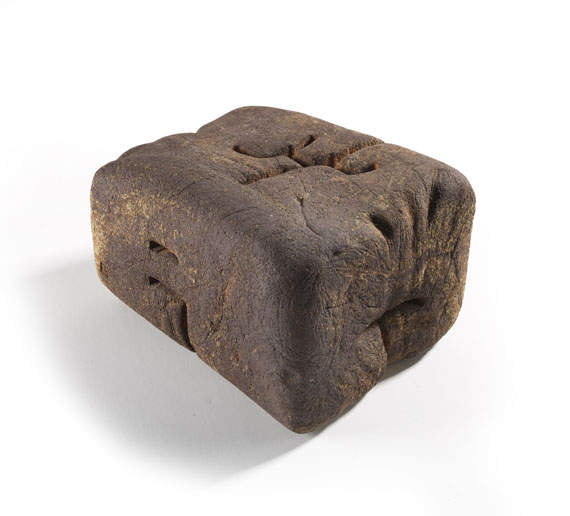 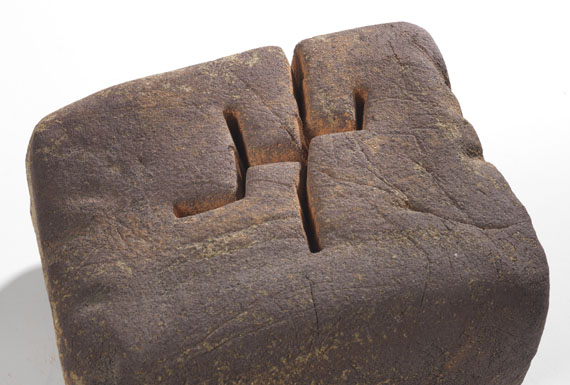 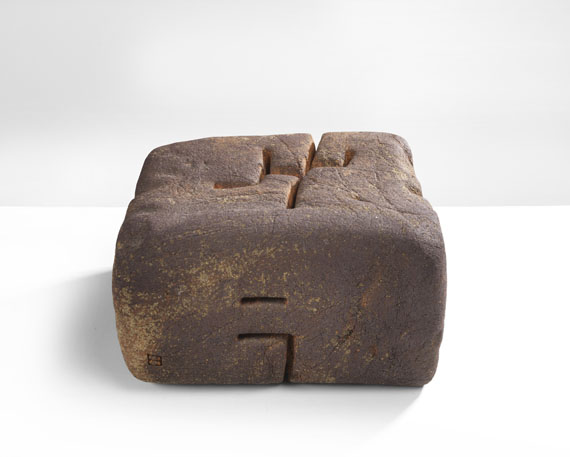 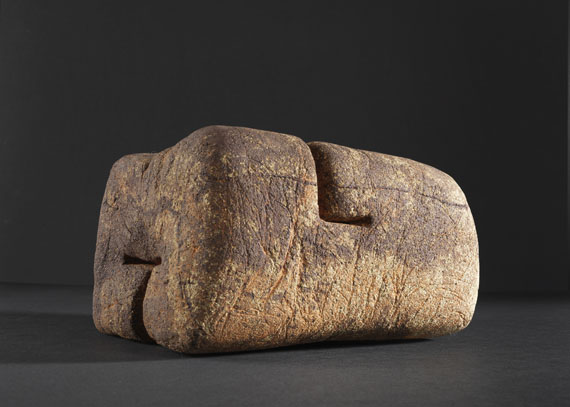 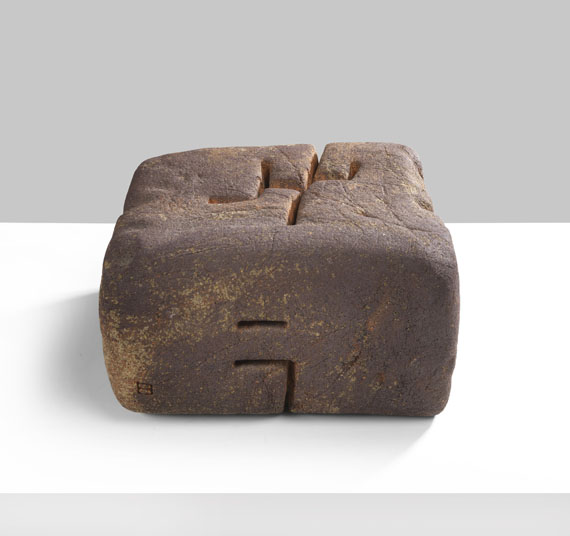