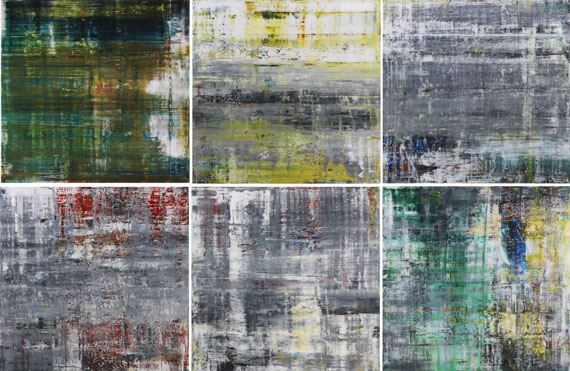 • The complete series is no longer available at HENI Productions.
• A matching set.
• Oil paintings from the "Cage" series are at the Tate.

"Back then I had just discovered or rediscovered John Cage's Complete Piano Music and since then I listened to it almost exclusively, and I still enjoy listening to it today. [..] Of course, such a title has just indirectly to do with the pictures, it does not really describe anything, it just navigates the perspective in a certain direction, to certain contexts and similarities [..] In any case, I chose the title to express my admiration for the music."
Gerhard Richter in an interview with Ulrich Obrist 2007.

Essay
The "Cage" series, painted in 2006 and on permanent loan at Tate, renders homage to the great experimental composer John Cage (1912-1992). Cage worked in various media and influenced every fiels of art. Gerhard Richter first came across John Cage at a Fluxus Festival organized by Beuys in 1960. However, the two artists never met in person. But Richter was a strong admirer of Cage's art. In his studio he was listening to the work "Complete Piano Music" by Cage while he was working on the six pictures. The paintings were first exhibited at the Venice Biennial in 2007. The series comprises six large-format abstract squeegee pictures, which result from the repainting of a series originally consisting of more molecular structures, which was made in a conception similar to the silicate pictures from 2003. By repainting these pictures with a stick, Richter attained a rather streaky, abstract composition. [SM]
More Information
+
Sell
Would you like to sell a similar object?
+
Register for
Gerhard Richter
+
Buying from A-Z
+
Contact a specialist
+
Gerhard Richter Biography
Share 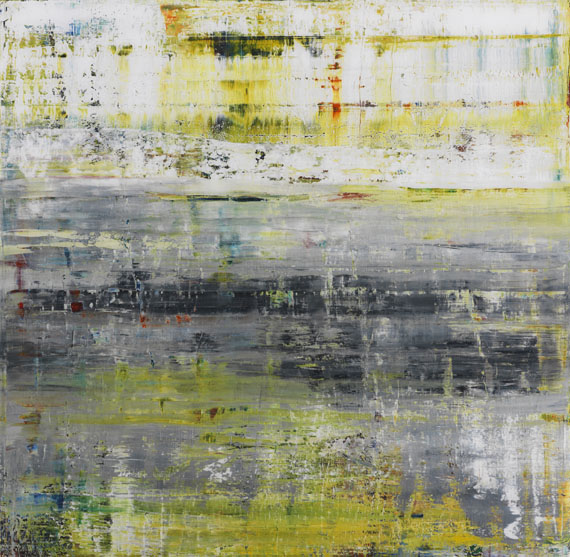 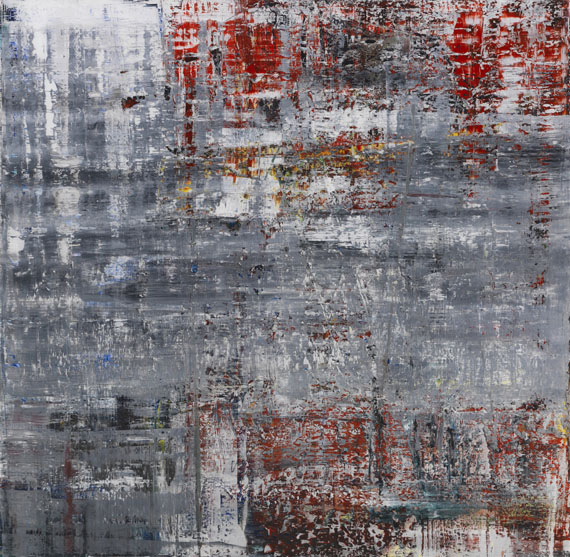