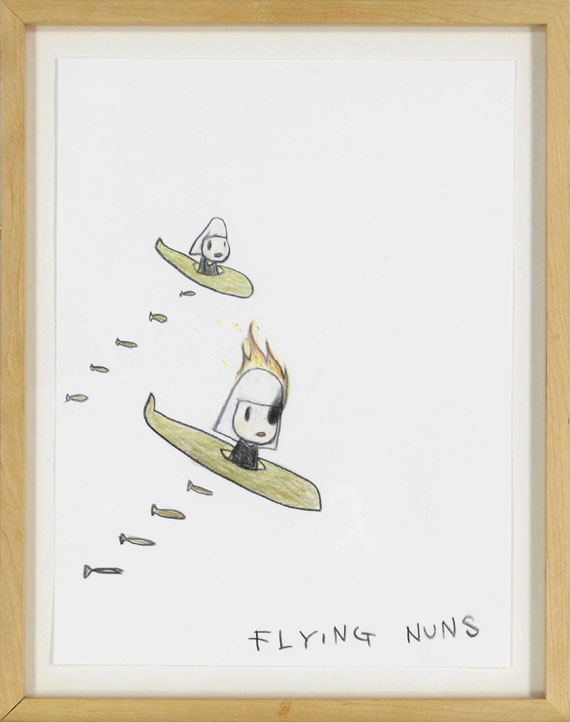 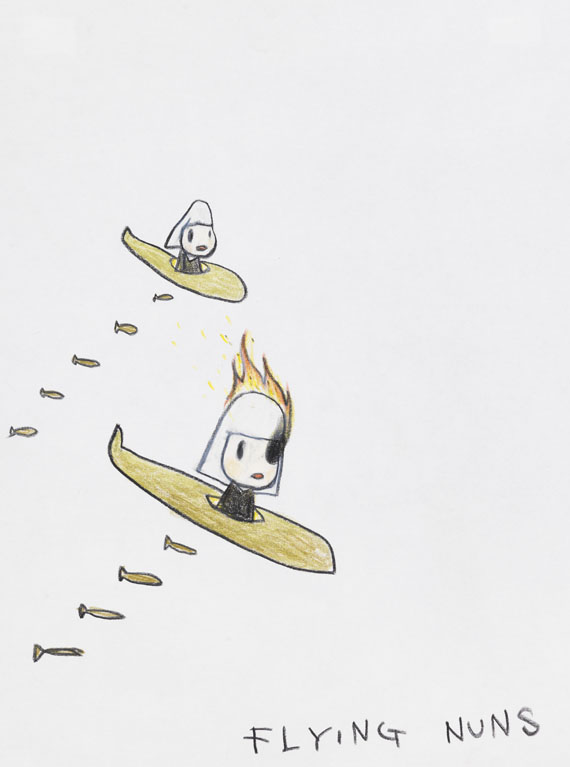 • Part of a German privae collection since it was made.
• Works by the artist are part of renowned international collections, amomg them the British Museum, London, the San Francisco Museum of Art, the Rubell Family Collection, Rubell Museum, Miami, and the Museum of Contemporary Art, Tokio.

PROVENANCE: Galerie Michael Zink, Waldkirchen (with a gallery label on the reverse).
Private collection Southern Germany (acquired from the above in 2002).

Back in his home country Japan, the characteristic drawings offered here were created after a long stay in Germany. Having completed his studies at the Aichi Prefectural University of Fine Arts and Music in Nagakute, the artist moved to Germany at the end of the 1980s and became a master student of A. R. Penck at the Düsseldorf Art Academy.
In 1995 Nara had his final breakthrough with the solo exhibition "In the Deepest Puddle" in Tokyo. Today Yoshitomo Nara is one of the most famous contemporary artists in Japan. In recent years his work has been shown in numerous exhibitions in major international museums, among them the Museum of Modern Art in New York, the National Gallery of Art in Washington, D. C., the National Museum of Modern Art in Tokyo and in the Kunsthalle Düsseldorf. Until January 2nd, the Los Angeles County Museum of Art (LACMA) honors him with a comprehensive retrospective exhibition including more than 100 works from the past four decades and with a focus on Nara's musically inspired works. From a young age on Nara developed a strong liking for British and American rock, punk and folk music, which he got to know through the "Far East Network", an American radio station in Japan. "My work is always linked to recognizable punk albums, but folk music record covers are [also] really important." Naturally, the stereo is blasting when Nara is working in his studio, at times at a deafening volume. "Of course, I listen to music when I draw. But I do not intentionally try to draw from the beginning. When I'm listening, I see an image and I try to capture it." (Nara in an interview with Mika Yoshitake for the LACMA, www.youtube.com/watch?v=aO96AVSkptM).

Music as a source of inspiration can be found in his works in a variety of ways: sometimes more subtle, sometimes directly expressed in the motif or as font in capital letters below the drawing. Quotes from songs, song titles and band names, which Nara adds to his works in form of lettering or as titles, can be found throughout his oeuvre. This is also the case with the work "Flying Nuns" offered here. "I Will Rock You" is emblazoned in red on the catalog of the current exhibition in LA, while the title "Flying Nuns" probably refers to a rock band of the same name from the 1990s, and other comparable drawings, such as "Fat Lips And Open Wounds" or "I'm Just Alright" refer to songs by the rock band Green Day or the lyrics of "Nowhere Man" by the Beatles, which can be found in Nara's drawing "A Bit Like You And Me". In "LA 106.7 92.3 NYC" the artist even mentions his preferred US radio station. Nevertheless, says Nara himself, his works of art do not represent any direct references to the musical works of art that inspire him. [CH]
More Information
+
Bidding Options
+
Bid by telephon / written
+
Contact a specialist
+
Buying from A-Z
+
Preview & Auction Procedure
+
Catalogue Order
+
Register for
Yoshitomo Nara
+
Sell
Get a free appraisal for a similar object!
Share 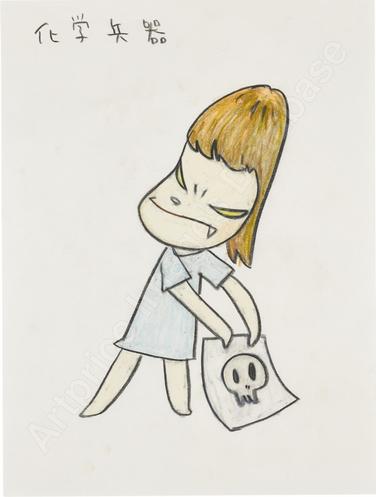 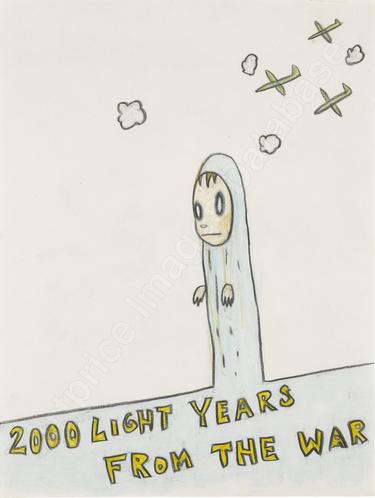 Resale right apportionment:
In accordance with §26 of German Copyright Act, a droit de suite charge of 2.4% including VAT is levied for original artworks and photographs for the compensation of the statutory right of resale.