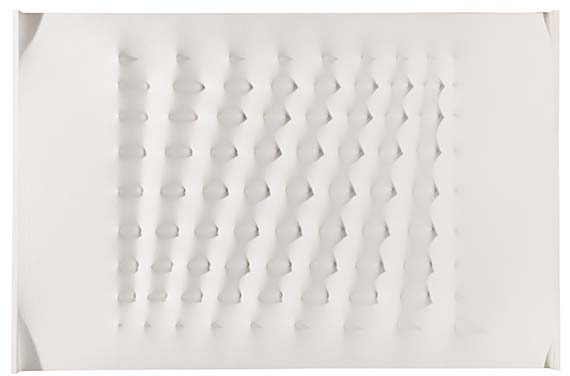 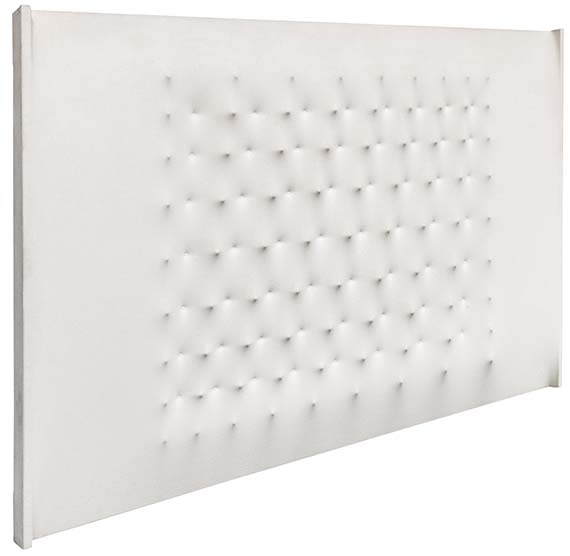 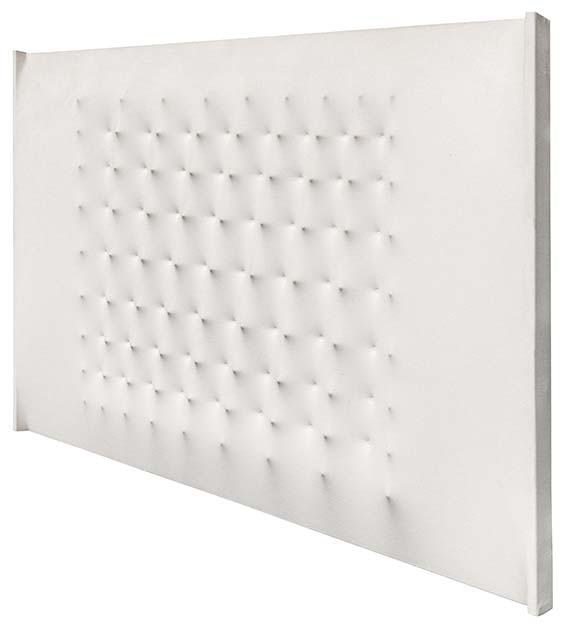 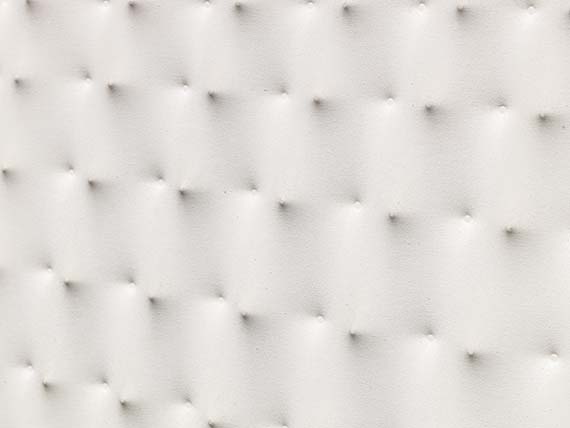 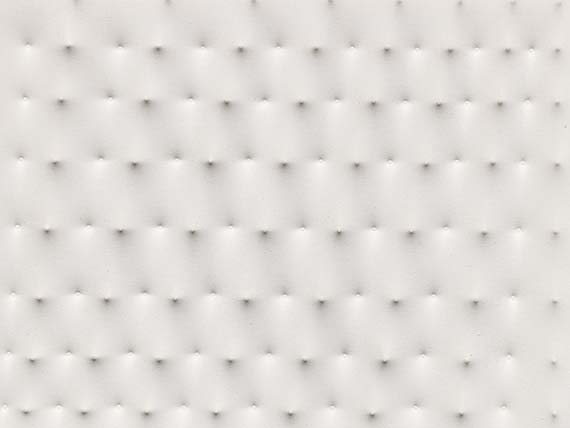 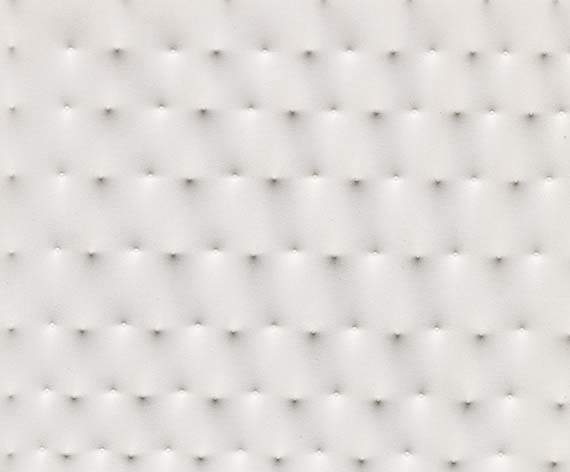 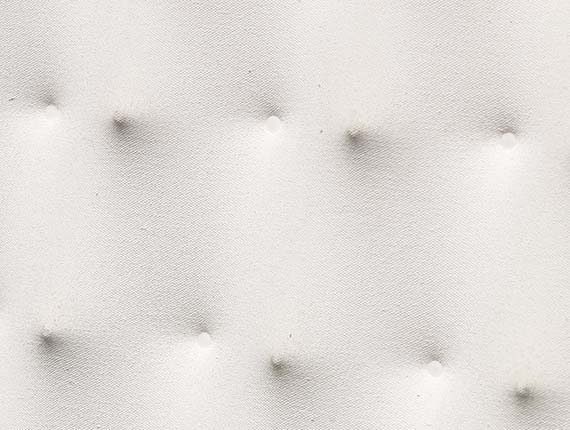 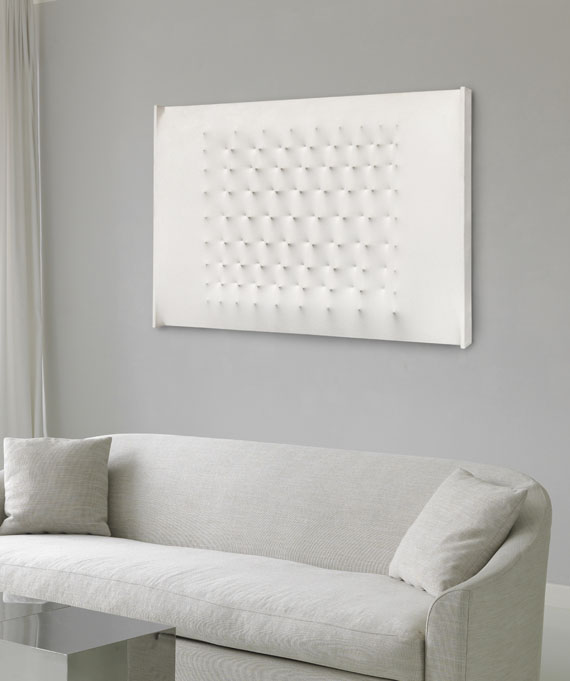 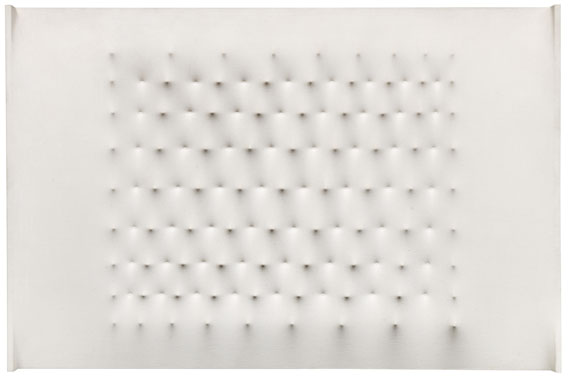 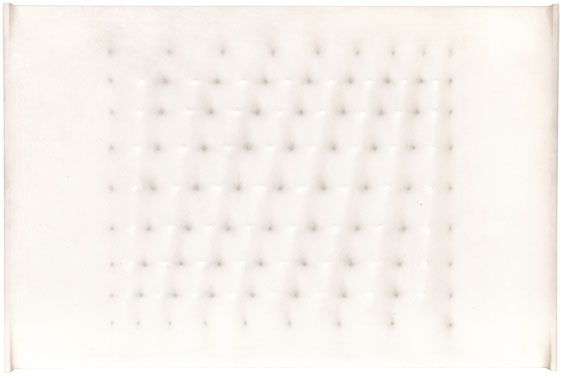 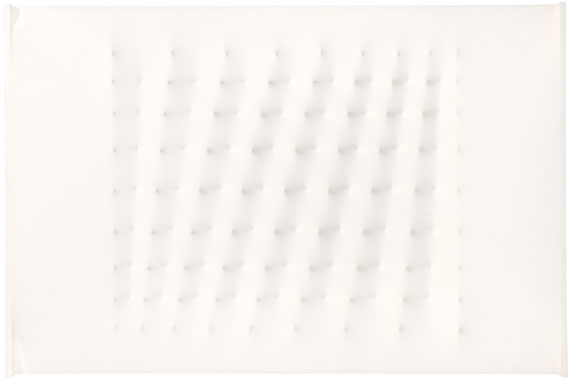 PROVENANCE: Galleria dell’Ariete, Milan (with the label and the stamp on the reverse of the wooden frame).
Galerie Müller, Cologne.
Private collection Southern Germany (acquired from the above in 1972).

EXHIBITION: Württembergischer Kunstverein, Stuttgart, Kunstgebäude, no date (with the label on the rear panel).

"To me white is not a color, it is the absence of color. Through the treatment of the surfaces alone I try to create my pictures as objective as possible, and the same applies to the color. White is the color, or rather non-color, that makes this externalization best perceptibe."
Enrico Castellani in an interview with L. Vincenti, 1983, quoted from: Kritisches Lexikon der Gegenwartskunst, edition 75, Munich 2006, p. 2.

Inspired by the artistic work of Lucio Fontana and Piero Manzoni, Castellani developed monochrome surface structures as of 1959. They increasingly expanded our traditional understanding of images to include the element of depth. At the beginning of the 1960s, Castellani began what presumably is his most important group of works, the "Superficie trapunte". From an art-historical point of view it is one of the most decisive contributions to Italian Post-War Modernism, our impressive work in landscape format is part of this group. Adding rhythmic structure to the canvas by undergirding it with metal pins, Castellani successfully includes light incidence as a compositional element. Like Fontana, whose progressive art concepts of the "Bucchi" and the "Concetti spaziali" made him a kind of role model for the younger artists of the "ZERO" group and who was represented in all of the group's major exhibitions until 1965, the around 30 years younger Castellani was also in contact with the artist group "ZERO" and also participated in most of their important exhibitions until 1965. Castellani's creations, which he showed at, among others, at the Venice Biennial in 1966, are characterized by a reduced perfectionism, which makes the interplay of light and shadow the protagonists of his art, which henceforth required neither color nor line as a means expression. Just as the creation of this gently swaying work demanded patience, care and an almost meditative devotion from the artist, the viewer's eye also finds an optical point of rest that stimulates total immersion in the present and a spiritual remoteness through the gradual exploration of the precise surface modulation of monochrome heights and depths, concave and convex elements. In contrast to the work of Mark Rothko, the protagonist of American Color Field Painting, we are not confronted with a meditative color space, but with an apparently boundless meditative depth, which in turn casts us back to the very moment of observation. [JS]
More Information
+
Bidding Options
+
Bid by telephon / written
+
Contact a specialist
+
Buying from A-Z
+
Preview & Auction Procedure
+
Catalogue Order
+
Register for
Enrico Castellani
+
Enrico Castellani Biography
+
Sell
Get a free appraisal for a similar object!
Share 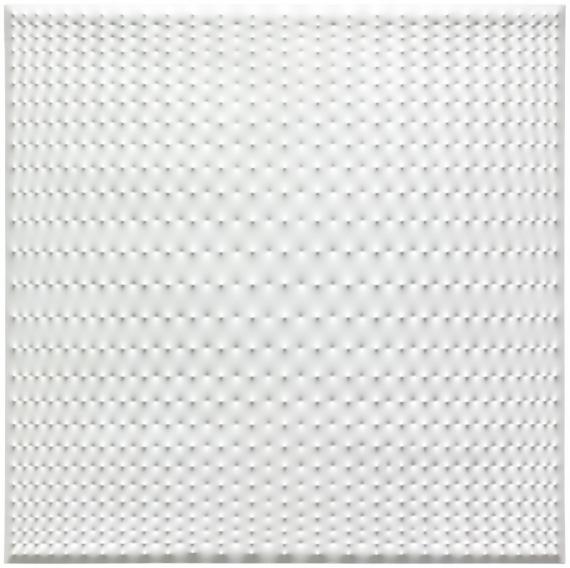 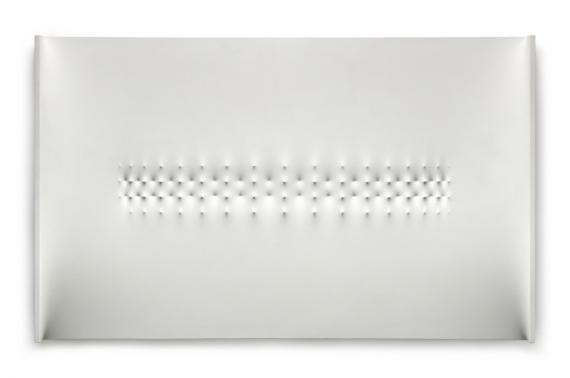 ENRICO CASTELLANI
Superficie bianca
Sold: € 1,089,447
You might also be interested in
+
and all other offers
Buyer's premium, taxation and resale right apportionment for Enrico Castellani "Superficie bianca"
This lot can be purchased subject to differential or regular taxation.

Resale right apportionment:
In accordance with §26 of German Copyright Act, a droit de suite charge of 2.4% including VAT is levied for original artworks and photographs for the compensation of the statutory right of resale.
Enrico Castellani - lots sold by Ketterer Kunst
+
all