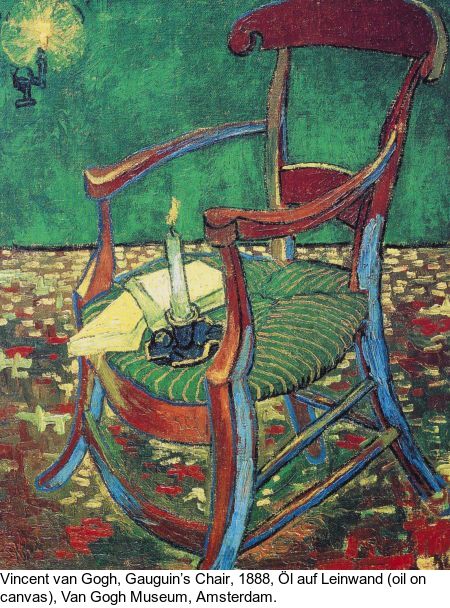 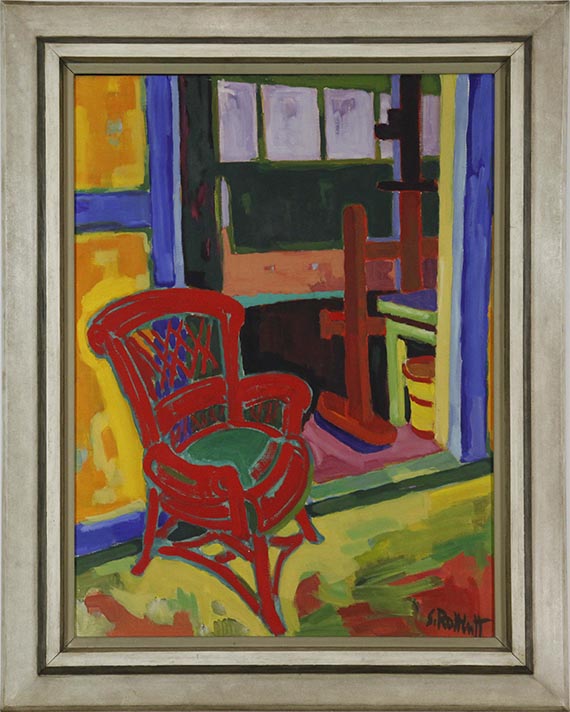 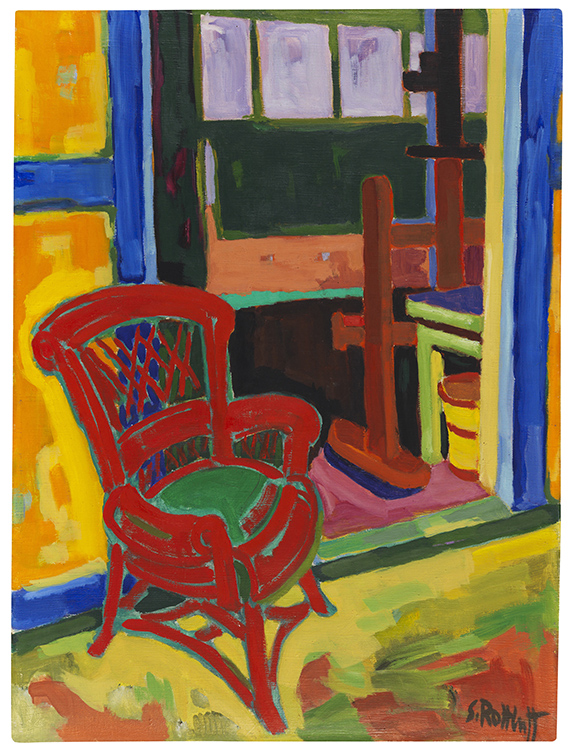 PROVENANCE: Berthold and Else Beitz Collection (directly from the artist).
Private collection Northern Germany (inherited from the above).

"I think most paintings are about procedures; I always wanted to show the being and the calm and quiet life of the things."
Karl Schmidt-Rottluff, 1960, quoted from: Hans Kinkel, Das stille Leben der Dinge, in: Gunther Thiem (ed.), Schmidt-Rottluff. Retrospektive, Munich 1989, pp. 69-70.

Karl Schmidt-Rottluff and the post-war period
For Karl Schmidt-Rottluff, whose Berlin studio was destroyed in an air raid in 1943, the period after the end of the Second World War was characterized by great uncertainties. In a letter to the artist Curt Stoermer from 1945 he wrote: “All that remained was an unimaginable chaos, and it took me the last bit of strength to sort it out. Although we were among the survivors, there is not much else left.” (quoted from: Gunther Thiem (ed.), Schmidt-Rottluff. Retrospective, Munich 1989, p. 100). Together with his wife Emy, Schmidt-Rottluff initially lived penniless in his parents' home in Rottluff near Chemnitz, where the most necessary things were difficult to obtain, not to mention painting utensils. The situation only improved again when the artist accepted a professorship at the Academy of Fine Arts in Charlottenburg and returned to Berlin in 1946. Although he was quite involved in his teaching activities, he soon worked on new works in which he tied in with his expressionist phase. As he got older, however, he began to put increasing focus on his immediate surroundings and his personal environment. Depictions of figures became rarer, and they were replaced by still lifes and interiors. "Der rote Stuhl“ (The Red Chair) from 1951 can also be assigned to these works, which give us private insights into the artist's life. In addition, the purity and power of the colors returned with great intensity. In contrast to his earlier works, however, these are now more differentiated and structure the exceptionally modern pictorial compositions into large areas.
The studio at the "Blaue Haus" in the Taunus mountains
In the post-war period, the artist, whose work had been inspired by foreign places since the "Brücke" period, began to travel more frequently again. He first stayed in the Taunus mountains with Hanna Bekker vom Rath in 1932 and would regularly return after the war. Over the years, the painter and collector became a close friend of the Schmidt-Rottluffse. She lived in a multi-storey house in Hofheim, which is also called the "Blaues Haus" (Blue House) because of its striking exterior. Even during the Nazi period it offered artists a reteat where they could live and work there in seclusion. The house is surrounded by a large garden and a studio with a large window on the upper floor. It can be assumed that our painting "The Red Chair" was also created here, because it shows strong parallels to a self-portrait by the artist from 1951 entitled "Im studio“ (In the Studio) (fig.). Both works show a large easel in the right, the kind of easel found in the "Blue House". The striking window in the background also refers to the premises of Hanna Bekker vom Rath im Taunus. Today some works from her collection are at the Städel Museum in Frankfurt am Main, including a wooden sculpture by Karl Schmidt-Rottluff and a painting by Alexej von Jawlensky.
The chair as a motif in art
In the history of painting, the chair in all its forms and colors is not a rare motif. It can be found time and again, especially in interiors and portraits. In most cases, however, the piece of furniture only plays a secondary role, serving as a seat for the sitter or is part of a historical interior design. Only a few artists have devoted their full attention to the chair, but they include great names in art history such as Vincent van Gogh (1888), Henri Matisse (1918) and Roy Lichtenstein (1997). Moved to the center of the depiction, the chairs become the main motif in their works, and all attention is initially focused on their static nature. However, they are often to be understood as placeholders, as in the case of Vincent van Gogh, who does not explicitly depict his friend Paul Gauguin, but who subtly implies his presence with the title "Gauguin's Chair". Henri Matisse's peaches also give the impression that the fruit that has only been put aside temporarily is about to be picked up again at any moment. Whether Roy Lichtenstein's chair, broken down into the typical lines and dots of Pop Art, would actually hold a person is questionable. On the other hand, Karl Schmidt-Rottluff's red wicker chair in the anteroom of the studio with the expectant easel in the background seems like an invitation to take a seat and watch the artist create his art.
More Information
+
Sell
Get a free appraisal for a similar object!
+
Register for
Karl Schmidt-Rottluff
+
Buying from A-Z
+
Contact a specialist
+
Karl Schmidt-Rottluff Biography
Share